Taipei electronics firm Biostar has announced a new motherboard, this timing pushing not only its abilities when it comes to the office or the game room, but the depths of its bitcoin mine as well.

The TB85 supports both 4th generation i7 and i5 CPUs and up to 16GB of DDR3 in its dual slots. As the name suggests, it sports an Intel B85 chipset and 100 per cent solid capacitors throughout. There's also support for technologies like SATA III 6Gbps and USB 3.0. 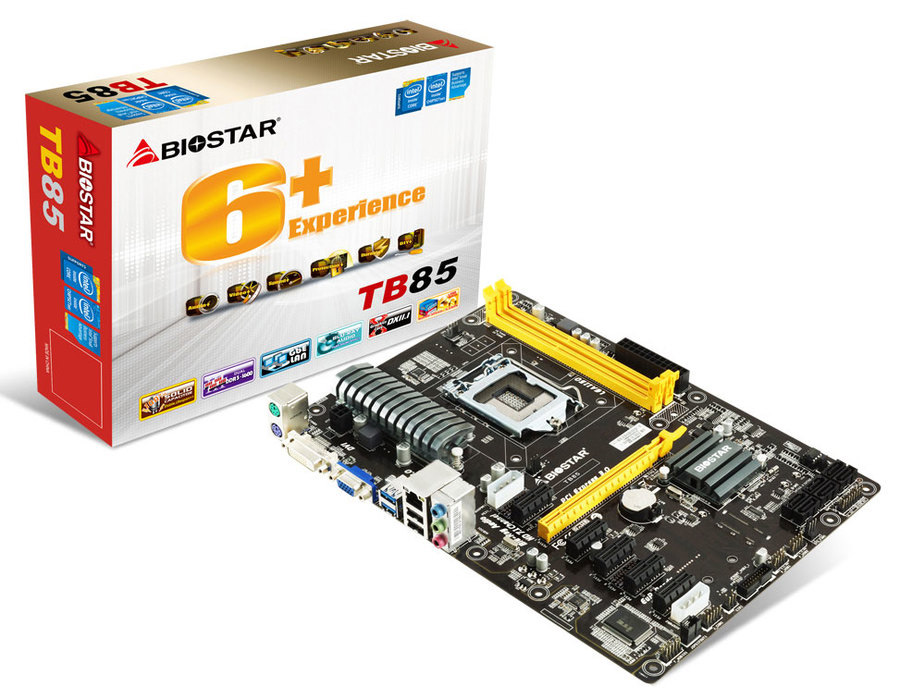 However, one of its biggest selling features is that this board packs a total of six PCIexpress ports, the idea being that you then buy yourself six high end GPUs and get them all running on the same platform (Biostar also offers a x16 to x1 converter). While there are certainly faster ways to mine coins, like using custom designed application specific integrated circuits (ASIC) – which Biostar actively produces – the idea behind this one is it can operate as a mining rig as well as a standard gaming PC when you want it.

KitGuru Says: Considering just one of Biostar's own ASIC boards has the mining capabilities of over 30 high end GPUs, using commercial hardware like this doesn't seem the best way to go about it. Plus the easy bitcoins have all been had at this point. It's only getting harder and if you don't have the most efficient set up in the world or incredibly cheap electricity, you'll really struggle to break even.