It isn't taking long for motherboard manufacturers to jump in and start supporting Intel's new Optane Memory SSDs. These tiny but speedy M.2 cache drives were first announced earlier this week, sporting 3D XPoint technology. Since then, ASUS has announced its plans to release a BIOS update to support it and today Gigabyte has joined in too.

Today, Gigabyte announced that it would be releasing a BIOS update for its own 200 series motherboards in order to add support for Intel Optane Memory, which speeds up mechanical driver performance by acting as a cache for rapid access of frequently used files. 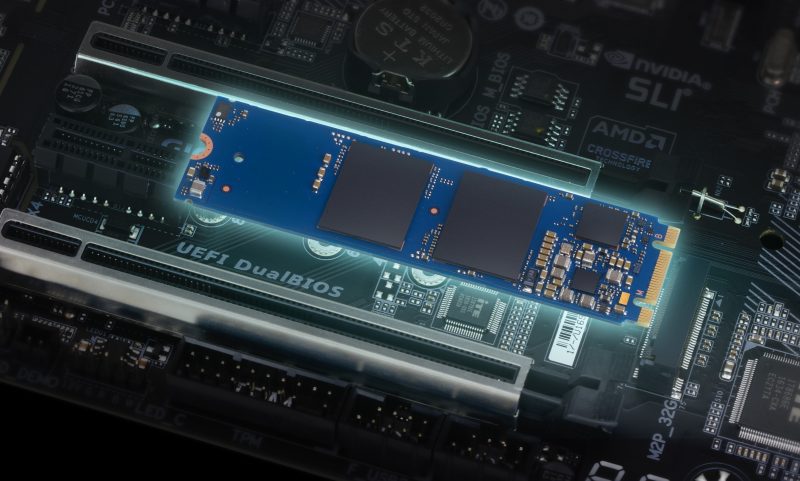 Gigabyte seem quite excited by Intel's latest storage boosting technology too, with its Vice President of motherboards, Henry Kao, going as far as to call it a “game-changer for the industry”.

The update to enable Optane Memory support on Gigabyte and Aorus branded 200-series motherboards will be available on the relevant product pages for each board.

KitGuru Says: We can expect a few more companies to come out and start supporting Optane Memory over the next couple of weeks. Have you guys looked into Intel's Optane Memory at all since its announcement? Is it something you could see yourself using?