Just last week, Intel kicked off its rollout of Optane products, featuring its long in development 3D XPoint technology. It all began with the Optane DX P4800X SSD for data centres but this week, Intel is launching something more consumer-oriented. In April, Intel will begin shipping Optane Memory in 16GB and 32GB flavours. Before you get the wrong idea, these aren't RAM kits, instead Optane Memory iis more like a M.2 cache drive, intended to give your PC a big boost in storage performance.

This new Optane Memory comes in 16GB and 32GB variants and aim to offer performance boosts to a broad range of PC-related tasks. This will include things like faster load times for frequently used applications, faster boot times, faster file searching and even faster loading times within games. 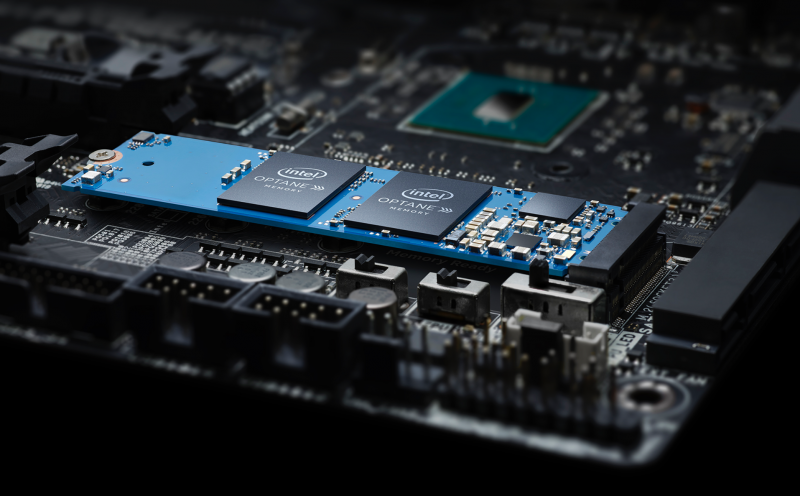 According to Intel's own stats, a stick of Optane Memory can increase storage performance by up to 14 times. Meanwhile, games may launch up to 67 percent faster, with levels loading around 65 percent faster. Unfortunately, we don't know which games were used to obtain these numbers but we do know that a traditional HDD was used.

Optane Memory uses the M.2 slot on your motherboard but there are some limitations. These drives run using Intel's Rapid Storage Technology, so an Intel CPU is necessary, on top of that, you will need an ‘Optane Ready' Z270 motherboard, which further limits use to Kaby Lake machines until newer CPUs start coming out.

Intel's Optane Memory arrives on the 24th of April. The 16GB drive will retail for $44 while the 32GB version will cost $77.

KitGuru Says: It looks like Intel is trying to apply its new 3D XPoint technology wherever it can. It will certainly be interesting to see how much of a boot a 16GB or 32GB cache drive can bring.