There doesn’t seem to be anything revolutionary about the chipset, so far (except its support for new CPUs), so we’d call it another incremental improvement on the old formula. According to the info posted on the forum, the Intel 300-series chipsets will provide Intel’s upcoming CPUs with integrated USB 3.1 Gen 2 (10 Gbps data rate) and Gigabit Wi-Fi. It is also widely assumed that the higher-end 300-series chipsets will support a degree of Intel Optane optimization for added functionality. 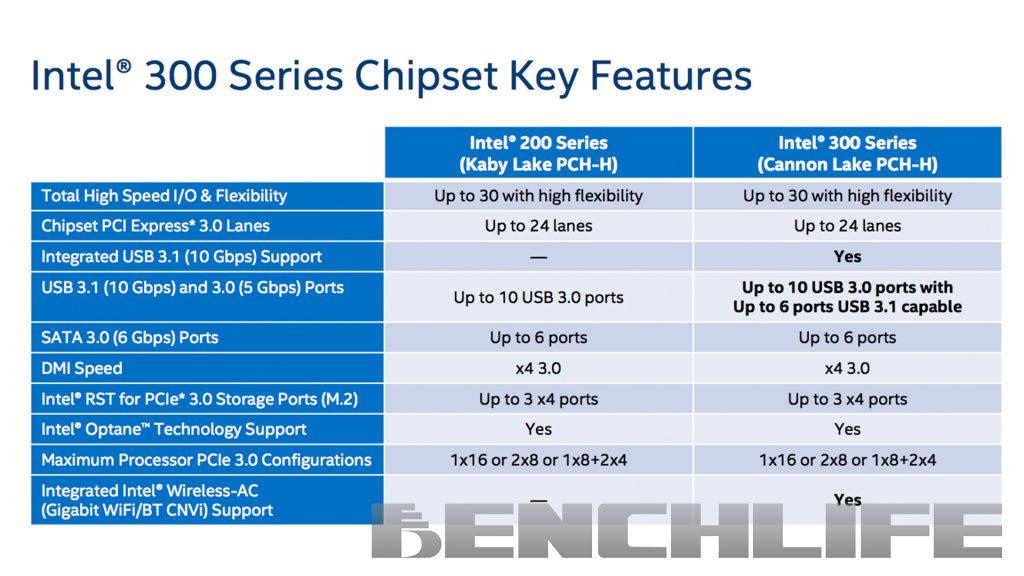 The image above describes the “maximum” feature set for the chipset connectivity, or what we’d expect to see on a ‘Z370’. The table seems to have been picked off a partner presentation and focuses on the connectivity enhancements over the 200-series, including the chip interconnect (DMI Link) which will remain at x4 (or 7.9GB/s). However, we’ll hold off from calling this the sum entirety of the 300-series features.

Intel’s Coffee Lake CPUs, the first ones to use these chipsets, should be out on time for the holiday shopping season at the end of the year.

KitGuru Says: The leaked slideware seems to hold water, but until Christmas there’s quite a few months ahead of us and additional chipset information may surface. Simply adding USB 3.1 Gen2 and Gigabit Wi-Fi doth not an entire new chipset make.

Previous ASUS is giving away Dawn of War III with some of its GPUs, mobos, monitors and more
Next QNAP launches three new NAS systems, tackling everything from enterprise to small business and media