To test the ASUS ROG Strix Z390-I Gaming motherboard’s CPU overclocking potential, we set the CPU core voltage no higher than 1.3V and push for the highest stable clock speed. We maintain the DRAM frequency at 3200MHz to take memory stability out of the overclocking equation. 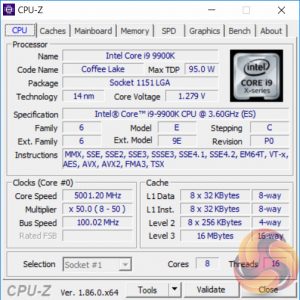 Our particular CPU is not stable at 5.1GHz even with 1.45v. The final stable overclock for almost all Z390 motherboards we may test should be 5GHz, unless there is something particularly wrong with the VRM that limits the voltage or power it can supply. In the case of the ASUS ROG Strix Z390-I Gaming it achieved 5GHz at 1.28 volts with no significant issues. 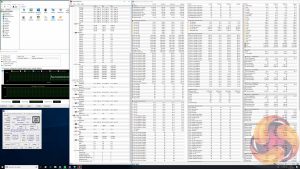 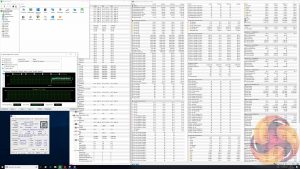 There are no temperatures sensors which indicate the VRM temperatures so it is unfortunately a guessing game as to how hot the VRMs were operating during testing. 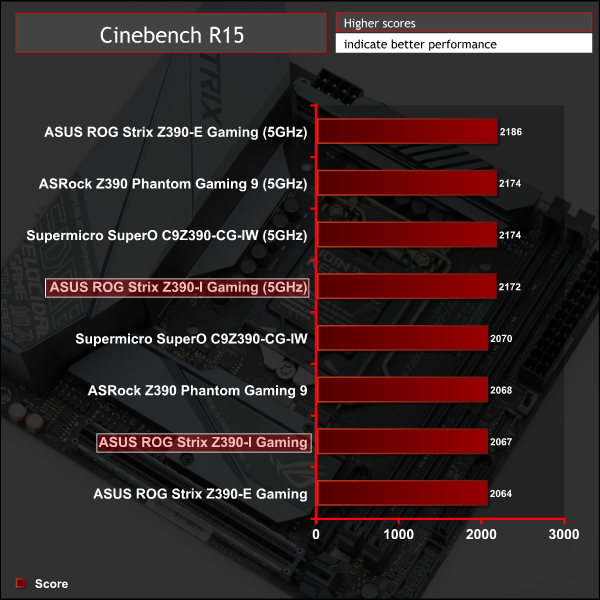 Performance scaled with frequency. On this motherboard where the CPU can follow Intel Turbo guidance the gains from overclocking in longer benchmarks would be more noticeable (effectively going from 4.2GHz all core turbo to 5GHz), since overclocking takes the CPU beyond Intel’s specification. However, if you’d been using the enhanced Turbo mode before overclocking, the jump to a 5GHz all-core frequency, from 4.7GHz all-core, would be less noticeable. 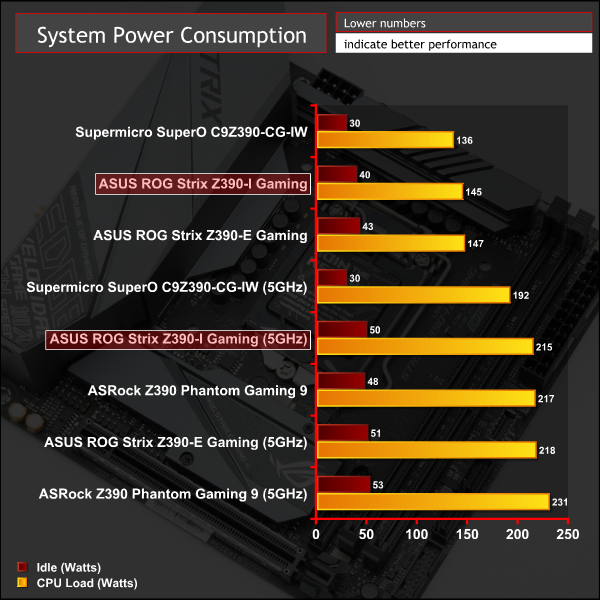 Power consumption was as expected, and largely aligns with the ROG Strix Z390-E Gaming. 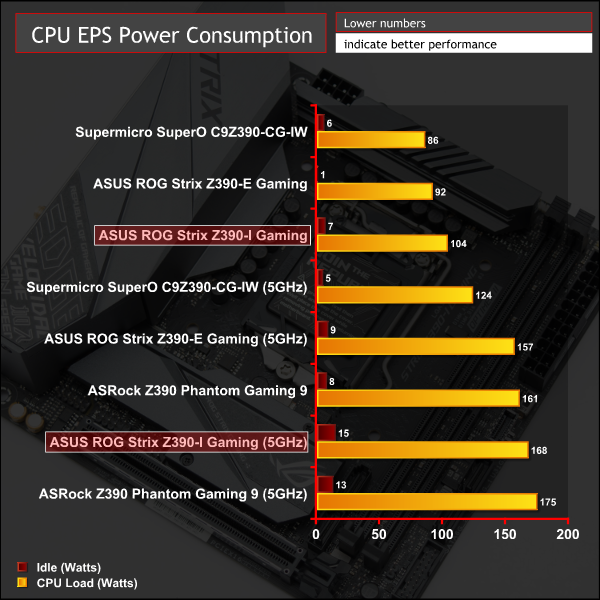 Power consumption as measured at the CPU 8-pin socket is about right – 104-watts at stock operation and 168-watts under overclocked load. We’d expect to see more like 95-watts for stock operation, but 104-watts is within acceptable margin.

In an interview with ASCII, Raja Koduri, senior VP and GM of accelerated computing systems …