Silverstone, a leading producer of power supply units, computer cases and other PC hardware, is about to introduce the world’s first small form-factor SFX PSUs that can deliver up to 700W of power and which are compliant with Ecos Consulting’s 80 Plus Gold and Platinum guidelines. The Silverstone 700W SFX-L power supply unit will be the most powerful small PSU on the planet when it is officially released in the coming weeks. KitGuru was given an exclusive first look at the newcomer on Thursday.

Traditionally, small form-factor systems featured low-power components and low-wattage power supply units because it was impossible to efficiently cool-down power-hungry components. As a result, small PCs were typically positioned as multimedia or office computers, but not as gaming machines. However, in the recent years demand for powerful SFF PCs catalyzed system makers to reconsider positioning of such personal computers. As a result, Silverstone pioneered SFX PSUs with high wattage that can deliver enough power to performance ultra-high-end hardware, such as Intel Core i7 Extreme Edition processors, Nvidia GeForce GTX Titan graphics cards and so on. SFX PSUs are slimmer, shorter and narrower than standard ATX power supply units, yet they deliver comparable wattage nowadays.

At present, the most advanced SFX PSU in the market is the Silverstone Strider SST-SX600-G SFX launched last year that can deliver up to 600W of power to PC components. For Computex 2015, Silverstone has something even more impressive: 700W SFX power supply units for small form-factor multi-GPU systems.

“A specialist system manufacturer in Europe contacted Silverstone about driving a pair of GeForce GTX Titan X cards in a small form-factor chassis and that kick-started the project,” explained Tony Ou, the technical marketing expert at Silverstone. 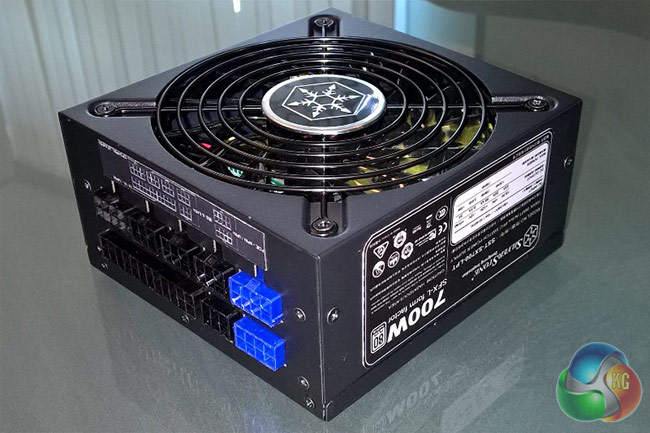 The 700W SFX PSU from Silverstone has the same height and width as other SFX power supply units, but is 3cm longer, which gives additional flexibility to the company’s design team, but which still complies with the SFX standard. Unlike other SFX PSUs, the new one has two sets of PCI Express 6-pin + 8-pin auxiliary power connectors to drive two high-performance graphics cards.

“Despite the additional 3cm length, it is still within the SFX spec, but to make the length clearer to customers, Silverstone will be using the ‘-L’ suffix to indicate a slightly longer card,” explained Mr. Ou.

The 700W Silverstone Strider FX PSU uses a special 120mm fan that is very shallow, in order to fit within the physical space allowed. The Silverstone design team are still deciding on whether to turn the fan off when internal temperatures are low. It is possible that they may opt for a really slow spin speed when idling in a bid to ensure that the PCs are really silent, but still do not overheat.

“The decision will be taken in the next day or two – as production begins,” said the technical marketing expert.

The first SFX PSU to get 80 Plus Platinum certificate

“While 80 Plus is a big thing for enthusiasts, it is more important in a small form-factor chassis because of space and heat issues,” explained Tony Ou.

“Development on these PSUs has been amazing,” said Mr. Ou. “From three years ago, when no one had even an 80 Plus Silver [SFX] power supply – to the launch of the world’s first Platinum rated unit – it is an impressive feat of engineering.”

Pricing yet to be determined

“We are working on final pricing, but it is possible that the new 700W SFX-L unit will be priced at a similar level,” said the expert.

KitGuru Says: Looks like Silverstone’s new SFX-L 700W PSUs are going to create a small revolution in the market of SFF PCs. Thanks to them, even small chassis can now integrate two top-of-the-range graphics cards. As a result, an ultra-high-end PC for ultra HD gaming can now be as small as an HTPC. Great work, Silverstone! 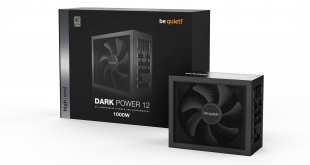