Using results from the previous page, we plotted a chart showing the SU9-700’’s efficiency at low loads, and loads from 10 to 110 percent of its maximum-rated capacity. 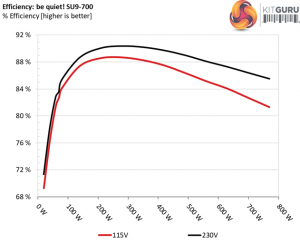 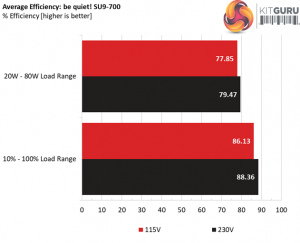 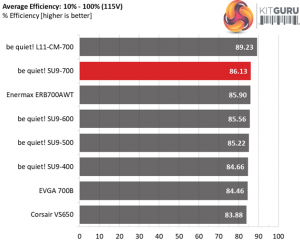 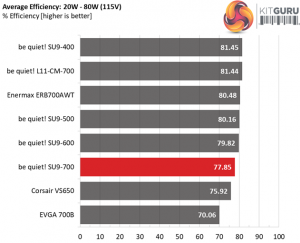 The efficiency under normal loads is high enough, always for the standards of this category, while with light loads it isn’t so competitive.

In the following tests, we measure the SU9-700’’s efficiency at loads significantly lower than 10 percent of its maximum capacity (the lowest load the 80 PLUS standard measures). The loads we dial are 20, 40, 60, and 80W. This is important for representing when a PC is idle, with power-saving features turned on.

The fan’s speed is kept low under light loads while the efficiency levels are not that high. But this is an older generation design destined for users on a tight budget, so we shouldn’t expect for wonders here. 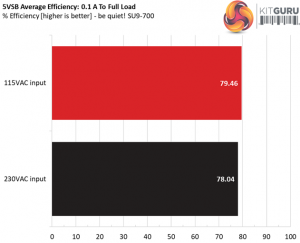 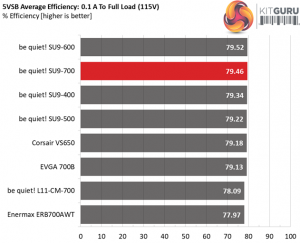 The 5VSB rail registers high efficiency even under very light loads. It is nice to see a budget-oriented platform with a good standby circuit. 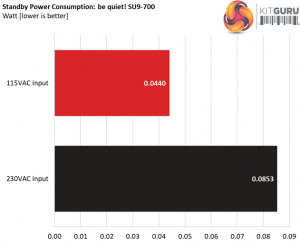 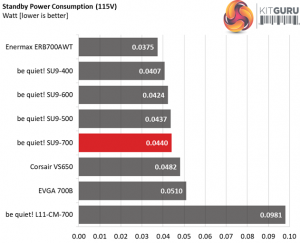 The vampire power is kept low with both voltage inputs. This is why the 5VSB rail achieves high efficiency under super light loads.

The first chart below illustrates the cooling fan’s speed (in RPM), and the delta between input and output temperature. The results were obtained at 35°C (95°F) to 41°C (105.8°F) ambient temperature. 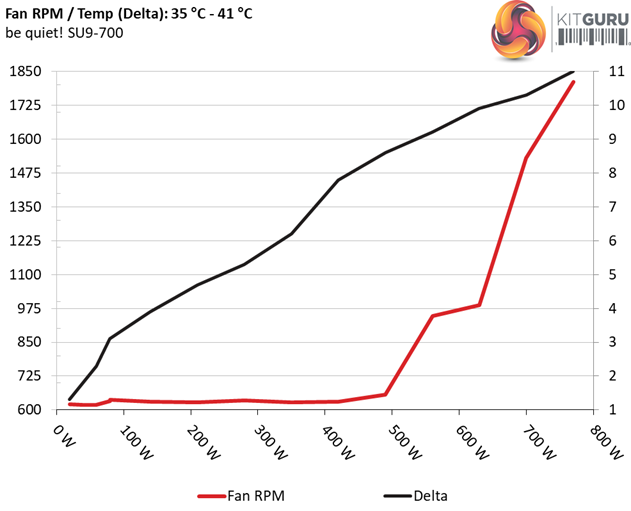 The next chart shows the cooling fan’s speed (again, in RPM) and output noise. We measure acoustics from one meter away, inside a hemi-anechoic chamber. Background noise inside the chamber is below 6 dB(A) during testing (it’s actually much lower, but our sound meter’s microphone hits its floor), and the results are obtained with the PSU operating at 35°C (95°F) to 41°C (105.8°F) ambient temperature. 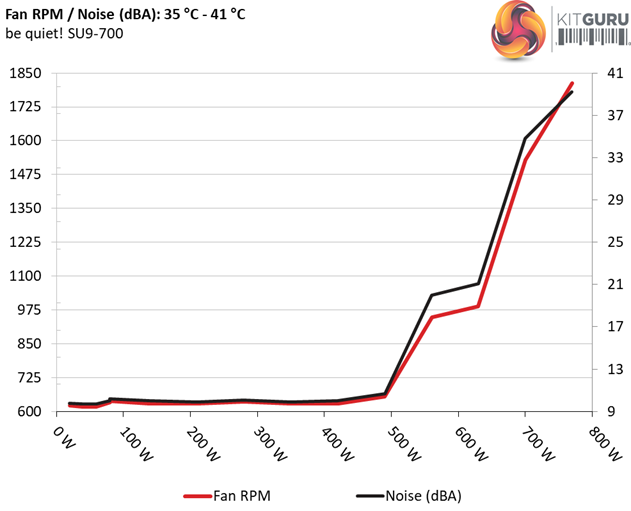 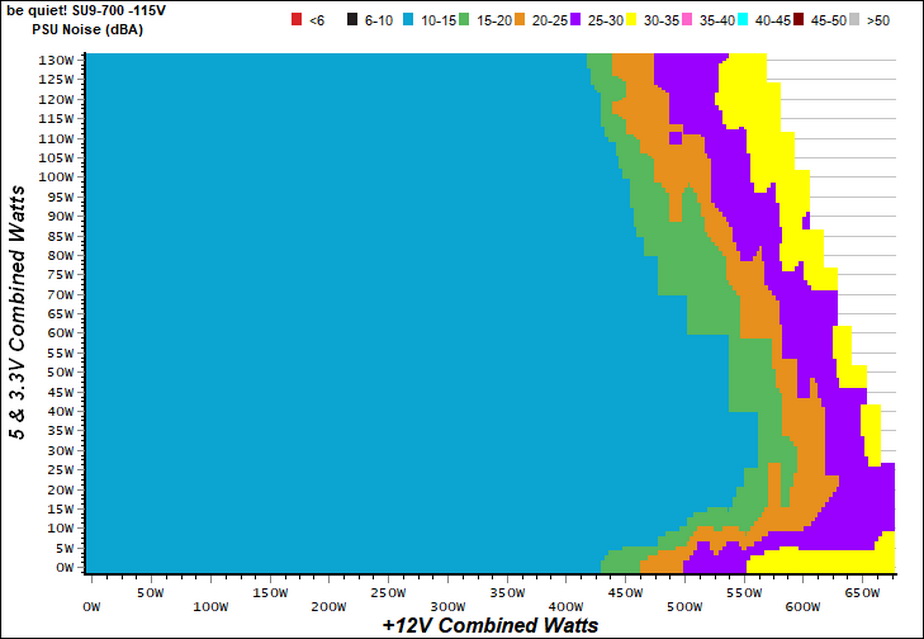 For the majority of its operational range the unit’s output noise remains at very low levels, thanks to the highly relaxed fan profile.

Previous CS:GO’s numbers are growing since going free-to-play, but so are VAC bans
Next Bioware will begin holding Anthem beta tests later this month