Cooler Master has been making power supplies for a long time now and while many of them have been great in their own right, they usually need to hit an affordable price point, which means things like component selection need to be carefully considered to hit a budget. So what happens when Cooler Master throws that budget out the window? Well, that's exactly what has led to the MasterWatt Maker 1200 MIJ, an £899 power supply, developed over the course of 165,000 engineering hours with uncompromising Japanese and German components. 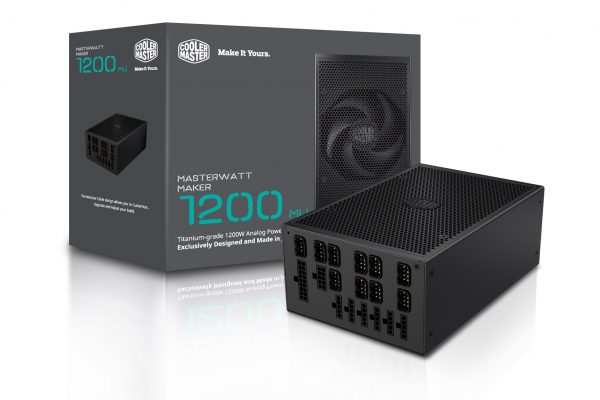 Aside from high quality Japanese and custom made components, some parts of this power supply use a design where two components are used instead of one in order to lower heat and increase lifespan, many of these components are also rated to work at temperatures up to 150 degrees celsius. Finally, this PSU also uses one of Murata's own planar transformers, which has a longer lifespan compared to other transformers available.

The circuit board inside of the MasterWatt Maker 1200 MIJ uses a custom designed power conversion circuits, which allows for the PSU to operate in fanless mode up to 50 percent load. After some stringent quality tests, Cooler Master is pitching this power supply as being more efficient than even an 80+ Titanium PSU.

Of course, this power supply is also fully modular, so you can keep your rig nice and tidy. There is also a ten year warranty in place for peace of mind. The Cooler Master MasterWatt Maker 1200 MIJ will be hitting the UK market any day now with a suggested retail price of £899.99. Over in the US it will retail for $999.

KitGuru Says: This power supply certainly sounds impressive, though it does fall into a niche market. Maybe those that use their PC for highly intensive workloads will find a lot of value in having ‘higher than Titanium' levels of efficiency. What do you guys think of Cooler Master's new power supply? What's the most you've ever spent on a PSU?