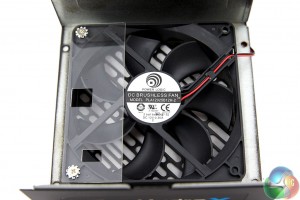 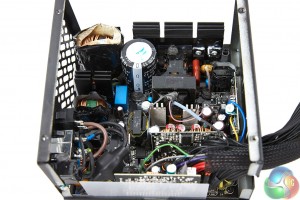 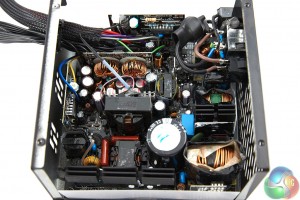 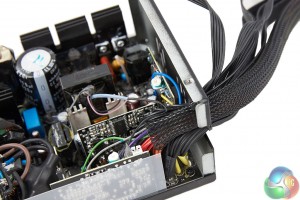 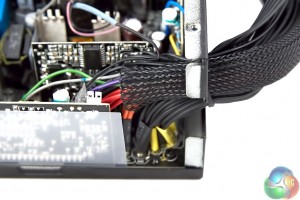 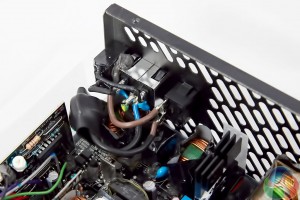 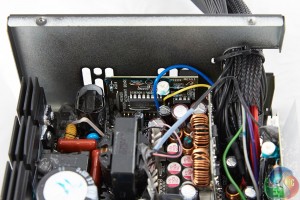 The overall build is very clean and soldering quality is high throughout. The filtering stage is comprised of 4x Y caps, 1x X cap, 1x MOV and 2 CM chokes. The topology on the primary side is a Half Bridge with LLC Resonant Converter and the secondary side is Synchronous Rectification with DC-DC Converters.

Minor rails are regulated by two voltage regulators which are incorporated onto the same PCB. 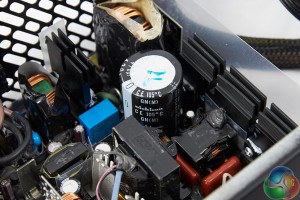 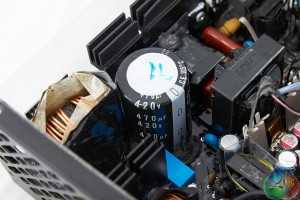 FSP are using a high grade Japanese, Nichicon branded 105c Capacitor in the primary stage – rated 420v 470uF. I did notice FSP are also using lower grade polymer capacitors by Teapo which isn’t such a big deal in this case, as polymer caps don’t contain liquid material and are less likely to fail.