In the depths of a London drinking spot called Dirty Martinis, Creative’s management team joined with members of the Episilon professional eSports team to present an overview of its 30 years in the industry, an idea of where it’s products are now and an look at the Creative Sound BlasterX AE-5. KitGuru braved the finger buffet and cocktails to grab the key images from the on-screen presentation.

“We gave the PC a voice with the original Creative sound card”, Steffen Häupl told the room. “It was called the Creative Music System and it featured an electronic squawking parrot that we used to help diagnose audio issues. Now we are delivering fully immersive, 360 degree sound fields”.

In terms of raw numbers, Creative is still number one in the world – having shipped over 400 million sound cards. While the majority of users will now be running with an integrated audio solution on their mainboard, Creative is focused on adding new gaming peripherals all the time.

These days, with the ‘Aurora Reactive RGB’ system and Sound Blaster Connect, multiple devices can carry a Sound Blaster audio device allowing them to communicate with each other – enabling some pretty sophisticated AV profile combinations. 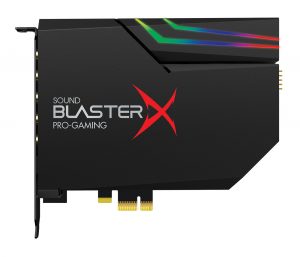 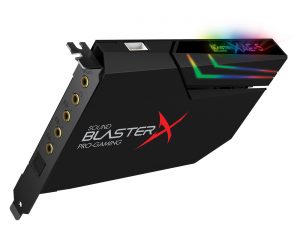 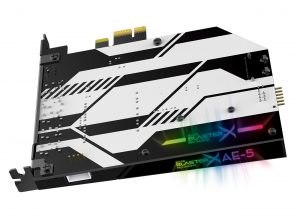 Scout Radar on the other hand is a world first which has very little to do with pretty colours – and everything to do with giving Creative customers a massive in-game advantage. This app installs on your smartphone and links into the Creative audio system – acting as a secondary screen. In what has to be one of the ‘mother of all advantages’, the Scout translates the sound field being processed by your Creative sound card – and presents it as a visual radar field.

In other words, you can be playing a game with someone, try sneaking up on them, only to suffer a head-shot because they were able to ‘watch’ your approach – based solely on your foot steps etc. Scout Radar enables to visualise what you cannot see. Quite the advantage. 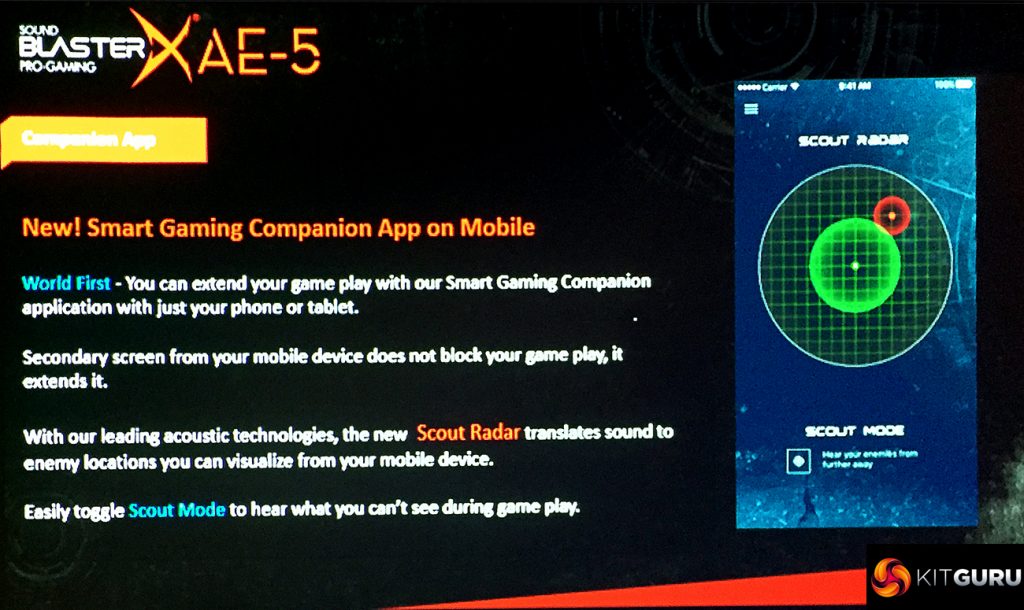 Bear in mind that these products have all been tested with the teams that Creative sponsors – including multiple European and world champions – as Epsilon team boss Samy explained, “Audio is crucial. You need to know when your enemy approaches”.

The Creative Sound BlasterX AE-5 will be launched under the banner: Seek The Light.  It promises to link all of the compatible audio and RGB elements of your chassis design together in a way that has not been seen before. 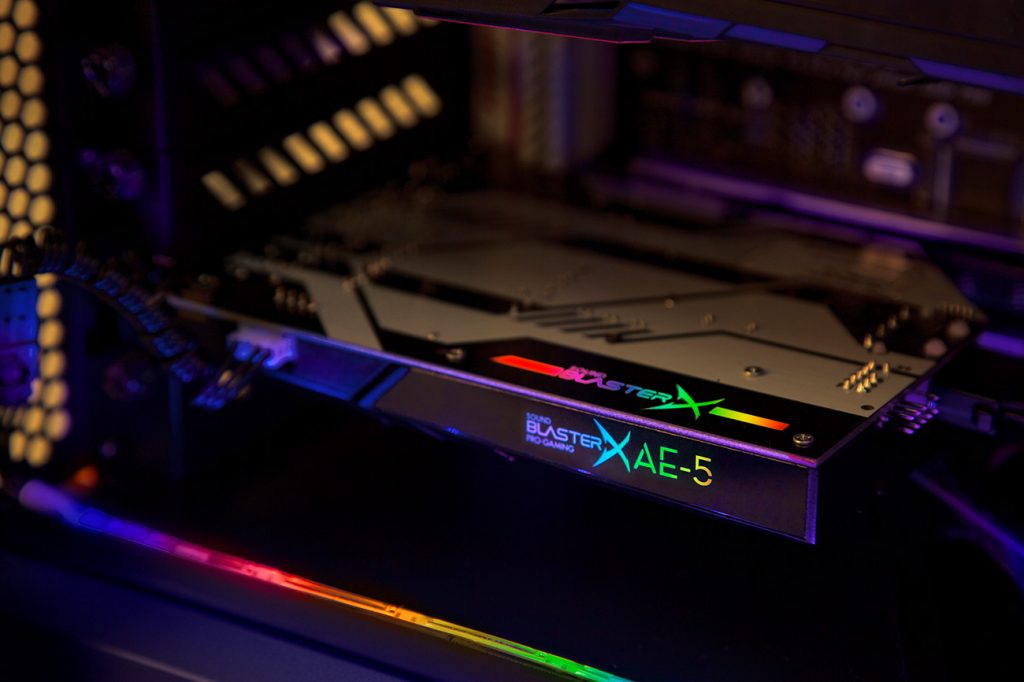 KitGuru says: Interesting combination of features. We can’t wait to see how the gaming community reacts to the ‘Scout Mode/Raider’ feature.