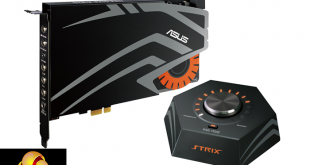 If you take audio seriously then the onboard processing on many motherboards simply wont deliver an immersive enough experience. Today we look at the mid range solution in the new range from ASUS – dubbed the Strix RAID Pro. This card has full support for 7.1 surround sound. Asus have adopted an ‘audiophile grade DAC’ and a 600 ohm headphone amplifier to enhance audio reproduction through your favourite cans. 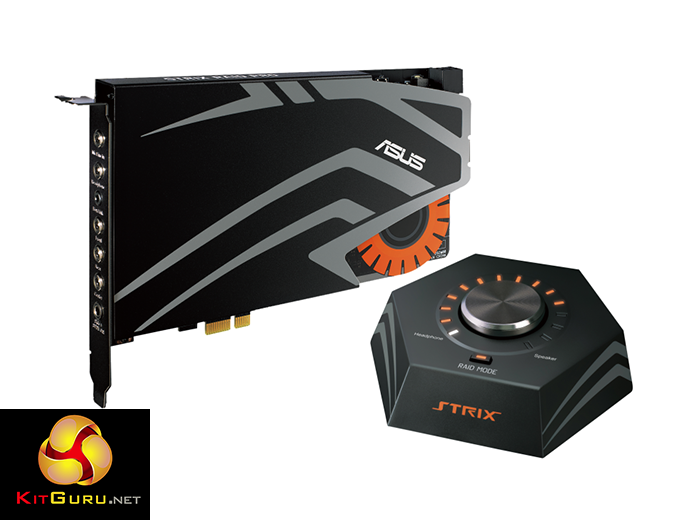 Initially I thought the word ‘RAID’ in the product name may have had something to do with storage or installing the sound cards in multiple configurations – but we can put that theory to bed now. It appears to have more of an association with gamers, who like to ‘RAID’ – that being a number of people attempting to defeat a boss monster or consecutive series of bosses.

Silly names aside, the technical aspects of the hardware are certainly not lacking, especially when factoring in the modest £99.95 asking price. 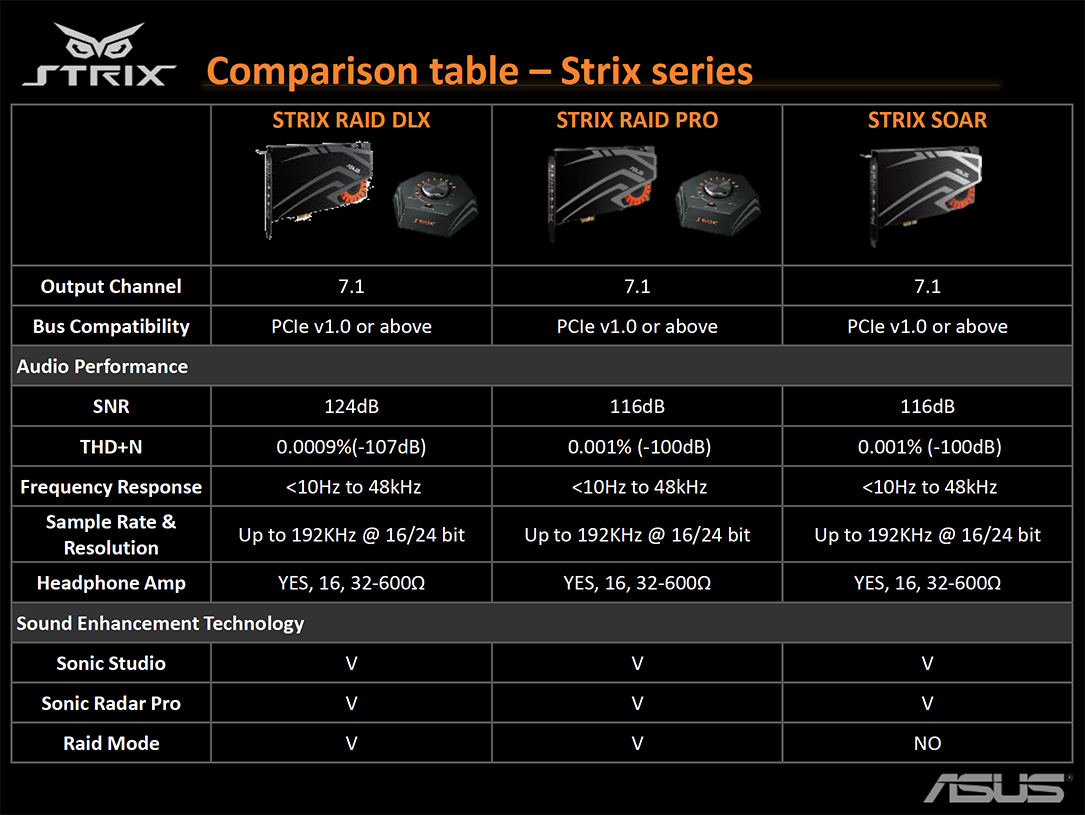 Being somewhat obsessed with audio equipment I do own quite a few pair of high grade headphones so it was with great interest that I noticed ASUS have incorporated a dedicated headphone amplifier into this sound card. Asus quote ‘up to 600 ohm’ which should make it a good partner for many headphones, including 300 ohm and 600 ohm models from Sennheiser and Beyerdynamic. My own pair of first revision Beyerdynamic T1 are actually rated at 600 ohm.

Our focus today on the ASUS Strix RAID Pro 7.1 will be the first of three reviews we will be publishing over the coming weeks – this particular sound card slots in between the Strix SOAR entry level model and the Strix Raid DLX flagship sound card.