Solid-state drives have higher performance compared to hard disk drives, but when it comes to storage capacities HDDs are unrivalled. High-capacity SSDs are usually very expensive and are not considered as replacement for hard drives. However, Samsung on Monday introduced its new 850 Evo and 850 Pro solid-state drive that feature 2TB capacity and do not cost several thousands.

Samsung’s 850 Evo and 850 Pro solid-state drives are the latest families of SSDs from Samsung introduced last year. Up to now maximum storage capacity offered by the drives was 1TB, but from now on the company will also offer versions of the products with 2TB of storage space. The new 2TB 850 SSD Pro and Evo drives remain in the same 7-millimeter, 2.5-inch aluminum case as their predecessors did. The new SSDs are based on Samsung’s proprietary MHX controllers.

“Samsung experienced surge in demand for 500GB and higher capacity SSDs with the introduction of our V-NAND SSDs,” said Un-Soo Kim, senior vice president of branded product marketing of memory business at Samsung Electronics. “The release of the 2TB SSD is a strong driver into the era of multi-terabyte SSD solutions. We will continue to expand our ultra-high performance and large density SSD product portfolio and provide a new computing experience to users around the globe.” 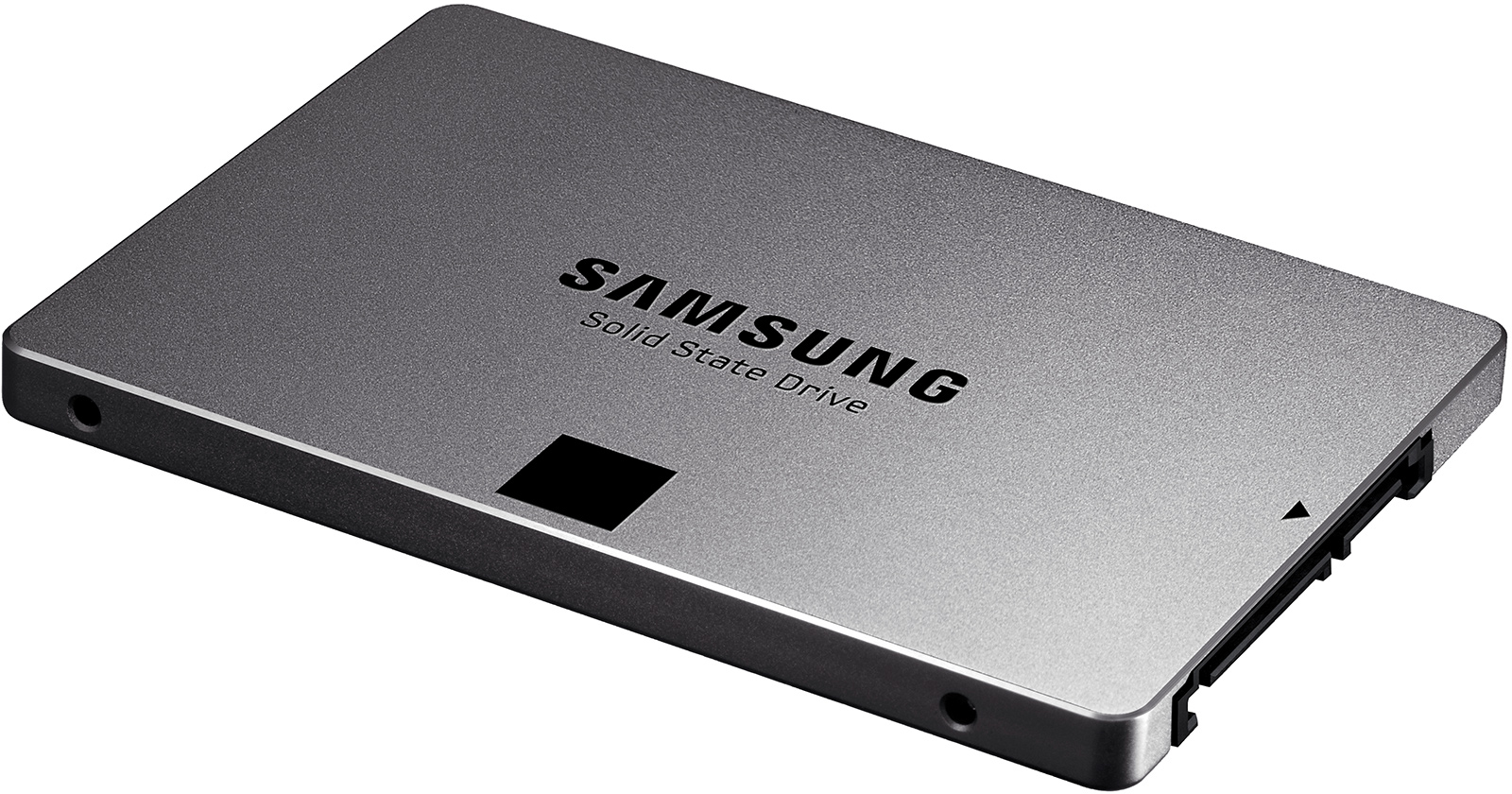 The Samsung 850 Evo SSDs are based on the company’s triple-level cell (TLC) 3D V-NAND flash memory and are currently the most affordable solid-state drives in the market. Sequential read performance of the 850 Evo is up to 540MB/s, while write performance is claimed to be up to 520MB/s. The drives come with 10-year warranty 300TB to be written.

The new 2TB drives are available in 50 countries.

KitGuru Says: While initially 2TB SSDs will clearly be rather expensive, the fact that Samsung releases them means that there is market demand for such SSD capacities. As a result, the drive will eventually get much more affordable.