Mike Cumby, UK Country Manager for OCZ spoke with Leo Waldock of KitGuru about the SSD market in 2016. Hot on the heels of CES, OCZ has launched Trion 150 which is a 15nm die shrink of Trion 100. Mike didn't have a Trion 150 with him as it was brand new and if you look closely at the table you will spot he actually brought along a Trion 100.

You can however read our review of the OCZ Trion 150 SSD over HERE . 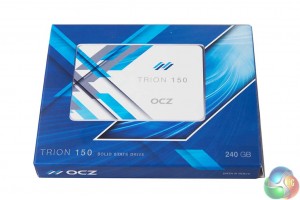 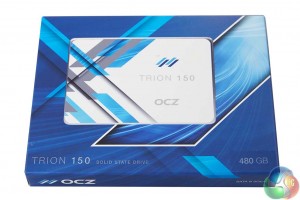 The other SSDs on show are Vector 180 along with RevoDrive 400 in M.2 and PCI Express forms.

Leo and Mike tackled a number of topics including RevoDrive 400 with its M.2 form factor and NVMe protocol, OCZ's plans for 3D NAND and OCZ's continuing efforts to rebuild customer confidence. That has become a long uphill slog and Mike was keen to point out that failure rates are fractions of one percent. OCZ is proud to state that its unique ShieldPlus warranty offers customers the reassurance of a replacement drive within a few days.

During the conversation Leo learned that OCZ has a fairly new section on its web site that is devoted to gamers and that Fallout 4 had helped SSD sales as hard drive storage proved to be a considerably bottleneck for the new game.