Home / Software & Gaming / Console / Would you add a 1TB SSD to your PlayStation 4?

Would you add a 1TB SSD to your PlayStation 4?

Few console-related subjects raise the blood pressure quite as much as storage. Should you live with what Microsoft/Sony etc give you in the standard package? Should you pay more to get a model with a better spec?  Does it make more sense for you to pick up a screwdriver and get stuck in?  Glen Rhodes helps run one of the UK’s leading technology distributors, AOne, specialising in products like the Aerocool Dead Silence. He’s a hardcore gamer with a heavily-used PlayStation 4 at home. KitGuru managed to get one-on-one with Glen and asked him about his personal storage upgrade experience.

So, Glen, tell us…  Which drive did you go for and why?
After some research, the best choice for me was the Samsung 1TB 840 Evo. The read and write speeds are great and the unit is solid. I know there are cheaper drives on the market per GB but I’d rather go for something that will last and provide reliability and the Samsung drive gives you that.

Was the upgrade difficult?
Not at all, there’s plenty of ‘how to’ guides on the internet/Youtube if you’re unsure (or you can follow the instructions on our page here), but it’s a simple case of popping off the left hand side of the PS4, unscrewing the HDD & bay from the unit and enclosure, then inserting your SSD/SSHD, replacing the screws and putting back into the system, really easy! The only part that you could consider to be a minor inconvenience is backing up your save data to the cloud (providing you have PS+, which everyone should have as it’s fantastic value) and reinstalling everything on the new drive once the firmware is reinstalled, which is why I would recommend upgrading the HDD as soon as you can.

How long did it take for you to notice any benefits?
I definitely noticed an initial improvement with installation times, but the biggest improvement I saw was upon booting up NBA2K14, which usually takes a while to load, but with the SSD installed blazed through the loading screens! Everything is just faster, which is great when you’re as impatient as I am.

What is the coolest thing about running a PS4 on a modern SSD?
I guess it’s the future proofing. With a 1TB drive you’ll struggle to fill it any time soon (especially with the lack of AAA titles this year) plus you know you’ll be able to install and play your games faster later down the line when a mechanical drive would start to get a bit clunky!

Are there any downsides?
Main downside I guess is the price, but for the speed boost it gives and the fact SSD pricing is dropping on a monthly, if not weekly basis, it’s a worthwhile investment.

If you had the chance to do it over again, would you change anything?
I would have bought one day 1 and installed it straight away!

No faffing about reinstalling games and re-downloading updates then.
———————–

The current price of the Samsung 1TB 840 Evo is dropping, and is currently listed at £335 on Amazon. If this is too rich for your blood then there are other options – we took a look at one recently, the Seagate 1TB SSHD, which is only around £70 online today at Amazon. Not only will this Hybrid drive be faster than the weak built in drive that Sony install in the PS4 console, but it will double your storage capacity. 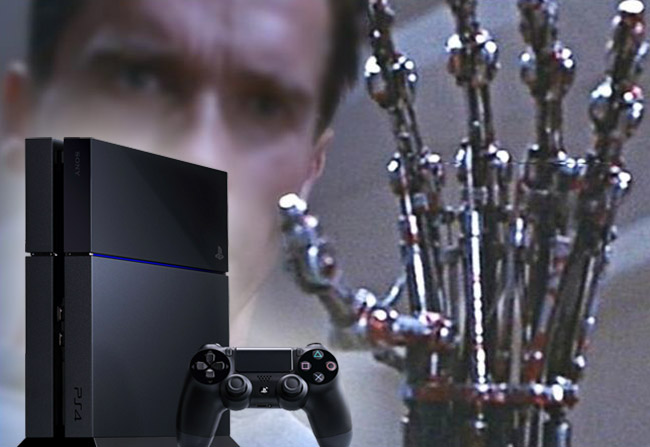 KitGuru says: Without doubt, this is the ultimate upgrade for the PlayStation 4. Working out if it is the right one for you, will come down to the phatness of your wallet however!

Does your console need oceans of high speed storage?  Have you tried to upgrade it?  Let us know over on Facebook!