Oculus VR responds to ZeniMax: the suit is attempt to make money

Oculus VR on Wednesday responded to the accusations of ZeniMax Media, which filed a lawsuit against the company last month. Oculus VR, which will soon become a part of Facebook, expectedly denied all the charges and said that the only reason why ZeniMax filed the complaint was its attempt to take advantage of the Oculus VR sale to Facebook. The defender also demonstrated very early prototypes of its VR headsets in a bid to prove that it started to design the headsets as early as in 2010.

“By deliberately misstating some facts and omitting others, ZeniMax makes the incredible assertion that it, a videogame software publishing company for personal computers and consoles like the Sony PlayStation, invented and developed a virtual reality hardware and software system,” the statement by Oculus VR reads. “The truth is quite different. There is not a line of ZeniMax code or any of its technology in any Oculus VR product.” 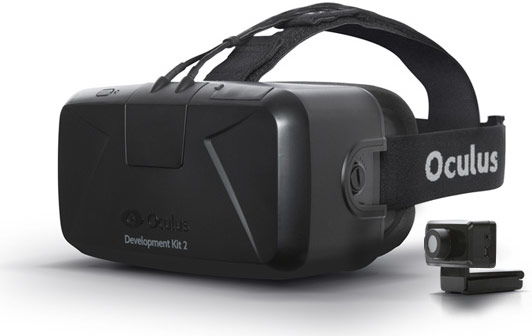 ZeniMax Media and its subsidiary, id Software LLC, filed suit against Oculus VR and its founder, Palmer Luckey, for “illegally misappropriating ZeniMax trade secrets” concerning virtual reality technology, and “infringing ZeniMax copyrights and trademarks.” The companies said that John Carmack helped Palmer Luckey and Oculus to build virtual reality headset while being employed by ZeniMax. The plaintiff also asserted that development of the VR-related technologies took “years of research and investment” and were allegedly provided to Mr. Carmack under a binding non-disclosure agreement.

Oculus VR notes that until the Facebook deal, and the perceived chance for a quick pay-out, ZeniMax never accused the startup of any infringements.

As it appears from the formal court filing, Palmer Luckey, the founder of Oculus VR, started to work on his VR headset prototypes as early as in 2010 and even demonstrated those devices to certain developers, two years before contacting John Carmack. The prototypes look rather odd, yet their existence should demonstrate the jury that Mr. Luckey had developed fundamental technology behind the Oculus Rift before working with Mr. Carmack.

“I am doing my best to not let anyone mistake the Rift as my work, but I’m sure someone is going to get it confused next week,” John Carmack wrote in an e-mail to Palmer Lucker before E3 2012. “I am sensitive to the fact that the press has a tendency to over-attribute things to me, because ‘genius inventor’ is such a convenient story hook”

Oculus VR stresses that throughout the VR headsets' development process Oculus VR used no hardware or software technology from ZeniMax.

KitGuru Says: Given that it is almost impossible to guess who is right and who is wrong here, it will be interesting to know just how long the trial will last and whether ZeniMax holds any VR-related patents or patent applications. If it does, it can sue other VR companies as well…

Previous Nvidia and Samsung drop development ARM chips for servers
Next Would you add a 1TB SSD to your PlayStation 4?