Silicon Power has announced a brand new series of NVMe SSDs this week. The new UD70 series uses a PCIe Gen 3×4 interface and is rated for read/write speeds of up to 3400 MB/S and 3000 MB/s respectively.

The UD70 SSD is available in three storage capacity options: 500GB, 1TB, and 2TB. The UD70 SSD supports NVMe 1.3 which allows for higher performance, lower latency, and lower power consumption. Silicon Power's SSD also utilises 3D QLC NAND storage technology for larger capacity and higher performance on a small form factor. The SSD is said to have a mean time between failure (MTBF) of 1,800,000 hours which is backed by a 5-year warranty. 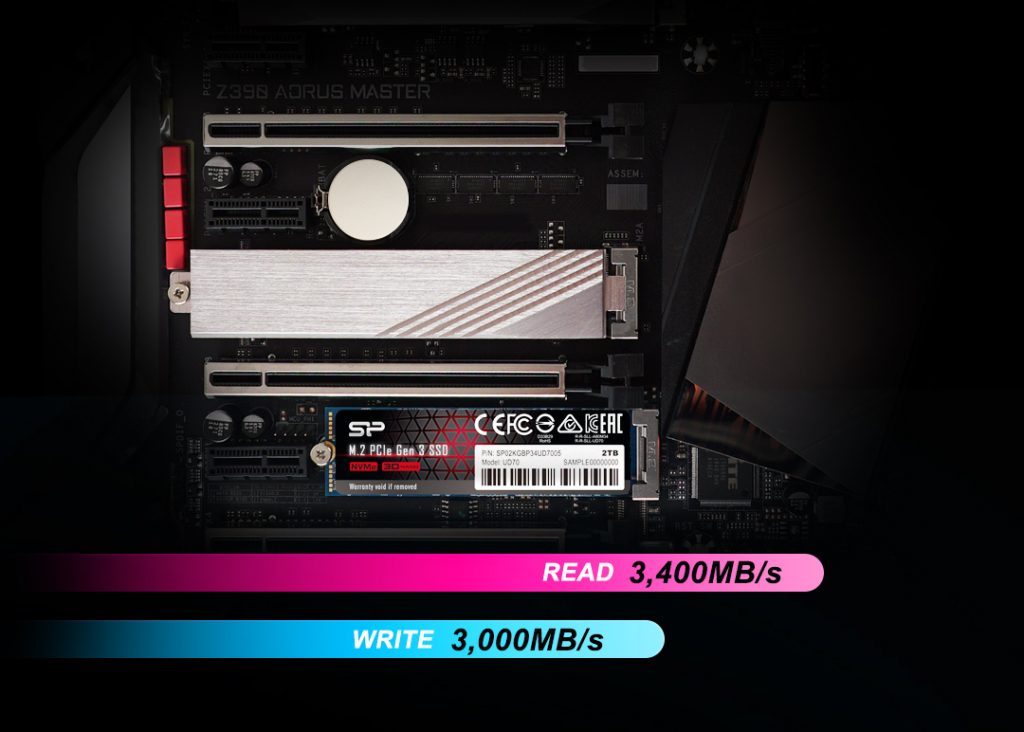 As per the announcement, this SSD also comes with a unique cooling system, using active state power management (ASPM) and autonomous power state transition to manage thermals. We don't have pricing and availability information just yet, but we should see these drives popping up at retail very soon.

Kitguru says: What SSD are you using in your laptop or desktop? Are you thinking about upgrading your SSD anytime soon? What are your thoughts on the UD70 SSD from Silicon Power?