Over the last 12 months or so, we have seen the cost of NVMe M.2 SSD storage drives fall to a much more affordable level for most PC users. This decrease in cost, paired with the performance they offer, makes them the number one choice for gamers, creators and designers these days.

Biostar has announced a new range of NVMe M.2 drives in the form of the M700 series. The new drives are available in capacities of 256 GB and 512 GB. The Biostar M700 series features a high-speed PCIe Gen 3 x4 interface and complies with the NVMe 1.3 specification, to deliver read and write speeds of up to 2000 MB/s / 1600 MB/s respectively.

These transfer speeds are up to three times faster than traditional SATA III drives which provides faster loading times in games and heavy 3D renders. The Biostar M700 series is built using the M.2 2280 form factor, measuring an overall thickness of just 3.5mm makes them ultra-compatible with motherboards. 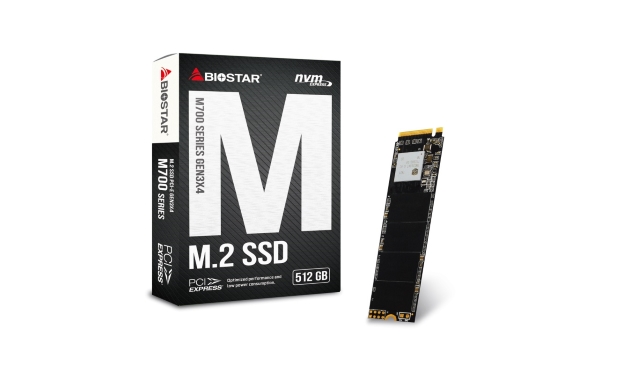 KitGuru says: Although we are unsure of pricing and availability at the moment, we presume the M700 NVMe M.2 SSD series will offer the usual value for money we have come to expect from Biostar.