It seems someone was a little hasty at Micron recently after its website product page was updated with a new series of 5300 SSD enterprise devices, which had been unannounced up until this point.

Spotted by the guys over at the Computer Base, a revision to the enterprise pages on the Micron website had a 5300 SSD series pop up for a short time. The page has now been removed and just displays an error message when attempting to connect.

Fortunately, Computer Base managed to screen grab all the information which seems to suggest a new line of enterprise SSD drives are on the way from Micron, in the form of the 5300 series. Along with the screengrabs, an extensive list of product specification and pricing can also be found on the Computer Base site. 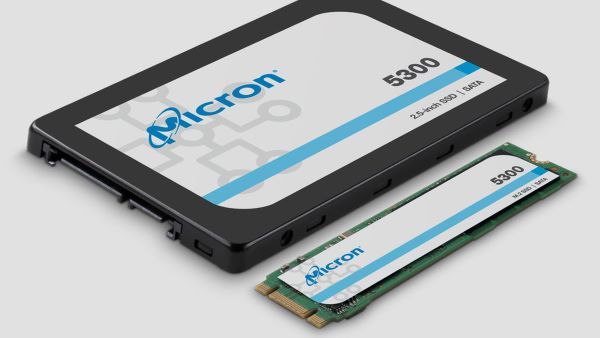 According to the leaked excerpt of the 5300 series datasheet, 2.5-inch SSD devices will support up to 540 MB/s read speed and 520 MB/s writes in the 5300 PRO and MAX range, whereas in the 5300 BOOT range, sequential write speed will be significantly lower at 220 MB/s.

Micron has listed the devices as capable of 3 million hour MTTF, which is a huge increase over the normal 2 million hour MTTF we are used to seeing. Micron 5300 series enterprise drives will also feature power loss protection and optional TCG Opal 2.0, TCG Enterprise and AES 256-bit encryption.

KitGuru says: If you were thinking about upgrading your enterprise systems with some new secure data storage, hold on a little while longer as I think Micron might have some new devices coming soon.