For years now, Samsung has been a giant in the SSD market thanks to consistent releases of high-performing drives. This week, Samsung is adding a new range to its lineup, with the Samsung 970 PRO and EVO NVMe SSDs hitting the market.

Samsung promises that the 970 series will “set a new bar in all aspects for the NVMe SSD market”. Both the 970 PRO and EVO are designed around the M.2 form factor, with the PCIe Gen 3×4 lane interface. On the 970 PRO, buyers can expect sequential read speeds of up to 3500MB/s and sequential write speeds of up to 2700MB/s. Write speeds in particular have had a 30 percent boost over the previous generation thanks to improvements made to Samsung's V-NAND and Phoenix controller. 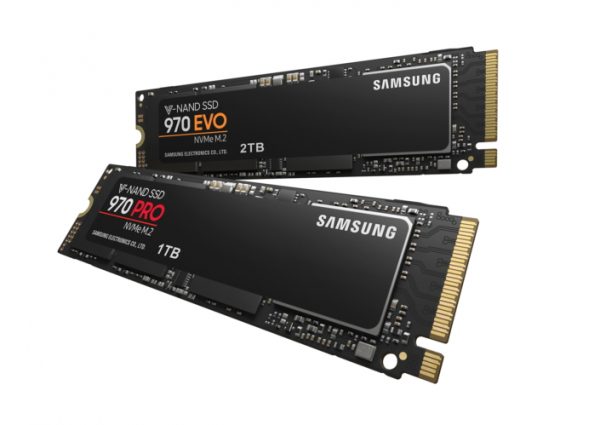 Aside from the performance boost, Samsung is promising endurance and reliability with these drives, which is backed up by a 5-year warranty. Alternatively, if the drive fails before 1200TBs are written to it, then it will be replaced. The 970 EVO will arrive in 250GB, 500GB, 1TB and 2TB capacities, while the PRO will only be available in 512GB and 1TB capacities for the time being. Prices for the EVO series start at $119.99 while the PRO series starts at $329.99.

KitGuru Says: I've been thinking about upgrading to an M.2 SSD for a while now. Are any of you currently looking to pick up a new M.2 SSD? Are you thinking of jumping on the 970 series?