Following on from its announcement back at CES in January, Samsung's tiny 2TB SSD known as the ‘Samsung T3' is now available. The Samsung T3 SSD comes with some significant upgrades based on feedback from the launch of the T1. Not only has Samsung improved things from a storage capacity standpoint, but it also claims to deliver “outstanding performance” and a durability boost for those who lead a mobile lifestyle.

While the T1 came in a plastic casing, Samsung has opted for a metal housing for the 2TB T3 drive in order to better protect it from damage.The Samsung Portable T3 SSD comes with sequential read and write speeds of up to 450MB/s and includes a USB 3.1 interface, making it up to four times faster than an external hard drive depending on the scenario. 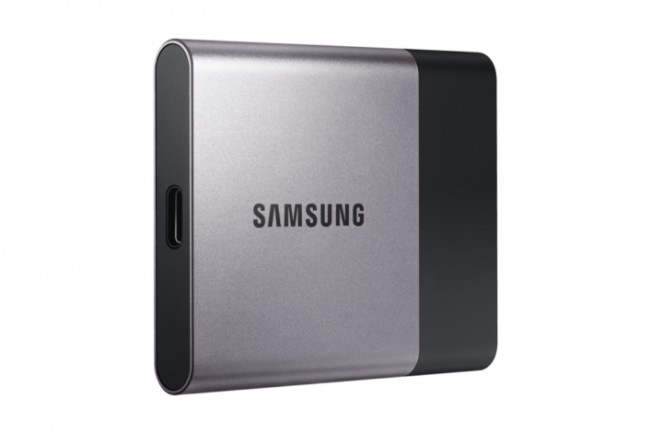 KitGuru Says: It is always great to see advancements being made in the SSD space. Do any of you currently use external/portable storage? Would you consider switching from a portable HDD to and SSD now that higher capacities are available?