Out of the box, the drive is factory formatted as exFAT but to run our benchmarks we reformatted the drive as NTFS.

CrystalDiskMark is a useful benchmark to measure theoretical performance levels of hard drives and SSD’s. We are using version 7. 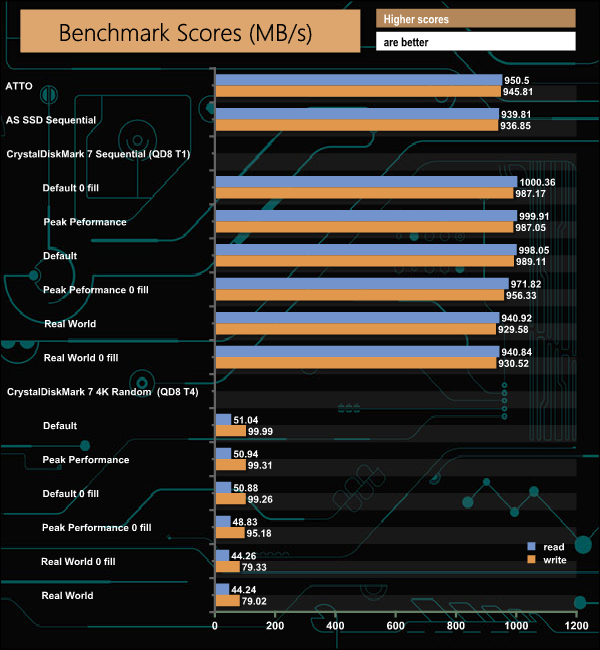 Crucial’s official Sequential read figure for the drive is up to 1,050MB/s. With the ATTO benchmark, we couldn’t quite get to the official read maximum, with the review sample topping out at 950MB/s, with writes reaching 945MB/s. All the other Sequential tests we tried, namely AS SSD and CrystalDiskMark, ended up shy of the official maximum, but the closest we saw was when the drive was tested with compressible data in Crystal Disk Mark, where the X8 produced a read figure of 1000MB/s.