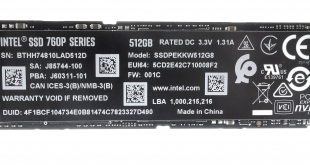 While most of the current crop of NVMe M.2 SSD's are aimed at the higher end of the mainstream and the enthusiast market sectors, Intel want to get a firm foothold at the other end of the market, producing very affordable NVMe drives at the entry level. Their latest drive to assault this market segment is the SSD 760p. 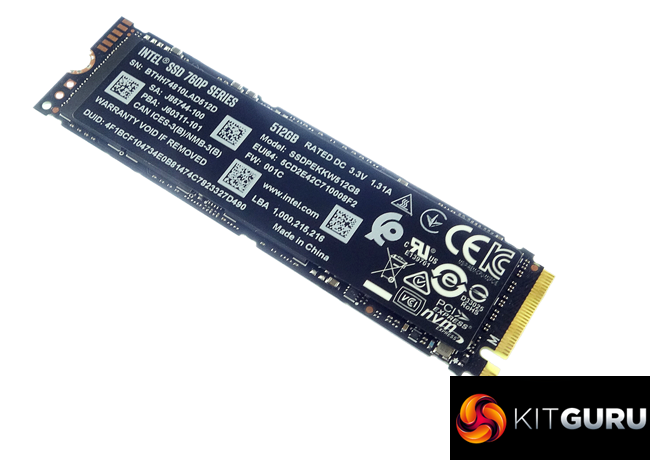 At the heart of the SSD760p is a Silicon Motion SM2262 controller and Intel's drive is the first to market using this chip, albeit an Intel customised version of it. It handles Intel's 256Gb 64-layer 3D TLC NAND.

Intel's 760p drive range consists of three capacities at the time of writing; 128GB, 256GB, and 512GB but these will joined by 1TB and 2TB models later in Q1. All except the 2TB drive are single sided M.2 2280 format, the flagship 2TB drive is double-sided.

Endurance for the 512GB drive is rated at 288 TBW and Intel back the drive with a 5 year warranty.