Up until now the vast majority, if not all M.2 NVMe drives have been aimed at the upper mainstream/enthusiast market segments. Intel already has drives for those markets, so they have turned their attention to the other end of the market to try and drive sales of NVMe SSD’s that not only deliver in terms of performance but also at very competitive price points.

The first Intel NVMe M.2 drive launched at this end of the market, the SSD 600p might have got the price bit right but unfortunately, the general feeling was that it’s performance didn’t quite hit the mark.  Now we have Intel’s second NMVe M.2 mainstream drive, the SSD760p, and it’s a different animal to the first drive. 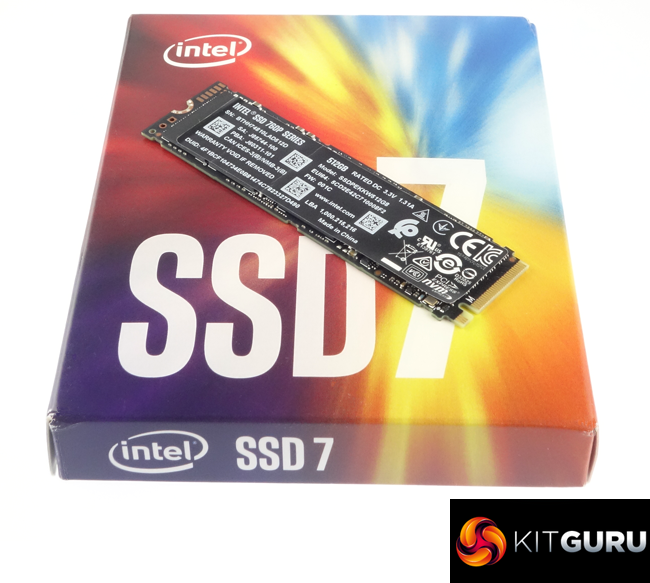 Official Sequential read/write performance figures for the 512GB SSD760p are quoted as up to 3,230MB/s and 1,625MB/s respectively. When tested with the ATTO benchmark, the review drive came up a little short of the maximum read figure at 3,048MB/s. However the tested Sequential write figure was pretty much bang on the money at 1,620MB/s.

The quoted official Random 4K performance for the drive is a very impressive up to 340,000 IOPS for reads and 275,000 IOPS for writes. With our test system we couldn’t get close to those numbers but reads of 195,956 IOPS at a queue depth of 32 and writes of 148,931 IOPS at the same QD are still pretty impressive given the market sector this drive is aimed at.

One neat trick that Intel has pulled off with the SSD760p is that while its a much better performing drive than the 600p it’s also more power efficient. The 600p had a typical active power rating of 100mW with an idle rating of 40mW. With the new drive Intel has cut the active power requirement by 50% at 50mW with the idle rating dropping to 25mW which should appeal to people wanting to stick the 760p in a laptop.

Intel’s SSD Toolbox is a very usual utility allowing maintenance of most aspects of the drive and although it doesn’t have any built in drive migration tools, you can download Intel’s Data Migration software from their website HERE

Kitguru says: Clearly its early days in the entry level NVMe drive market but Intel’s pricing of the SSD760p gives them a hefty early advantage in what is sure to become a very competitive segment.