In the reviewer’s guide that accompanied the Optane Memory H10 module were some suggestions from Intel to test some real-world scenarios found in Intels Representative Usage Guides (RUGs). This involved opening/loading various projects into applications while at the same time copying an 18GB video file between folders on the system using a stopwatch to record the time. The applications used were GIMP, Microsoft Excel 365, Microsoft PowerPoint 365 and Microsoft Word 365. We also timed the launch time of the game, Path of Exile.

We repeated each test 10 times, restarting the HP Spectre x360 and keeping it idle for 5 minutes between each test. We dropped the first run results and then using the average of the rest as the launch time. 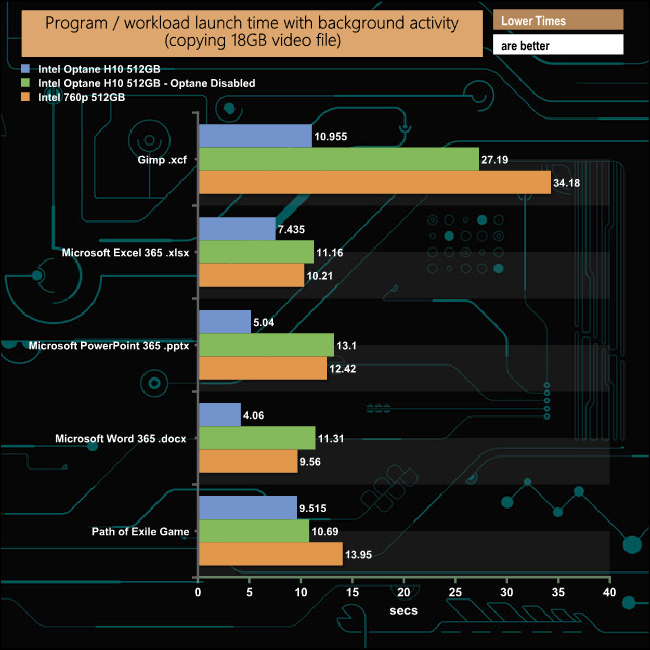 As you can see from the results, the caching of the H10 works very well, the drive being so much faster in these tests than the Intel 760p which itself is no slouch. The most impressive difference comes in the Gimp scenario test.

Previous Win a STEAM game of your choice this weekend! (Closed)
Next Microsoft begins detailing Project Scarlett, the next-gen Xbox

As schools all over the world start taking their teaching online, DigiTimes reports that the …