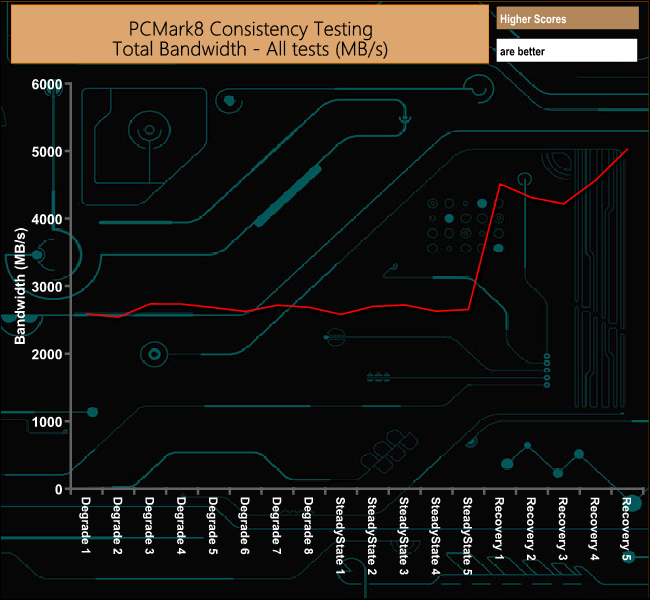 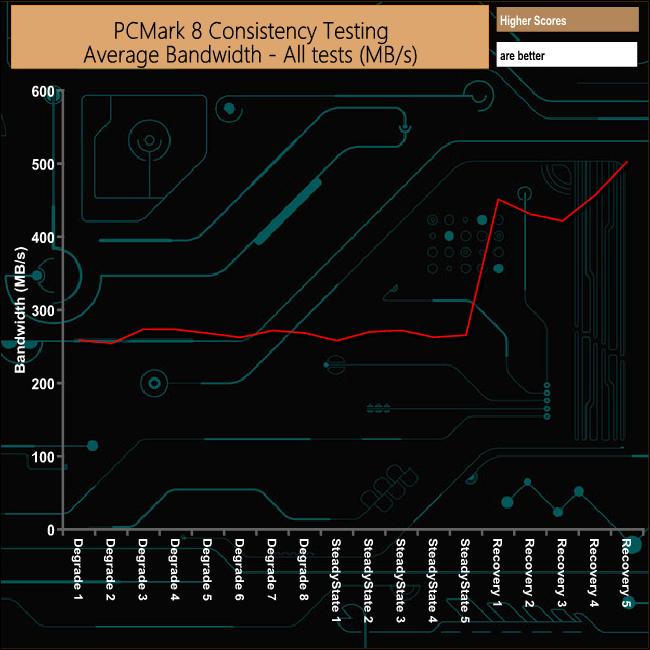 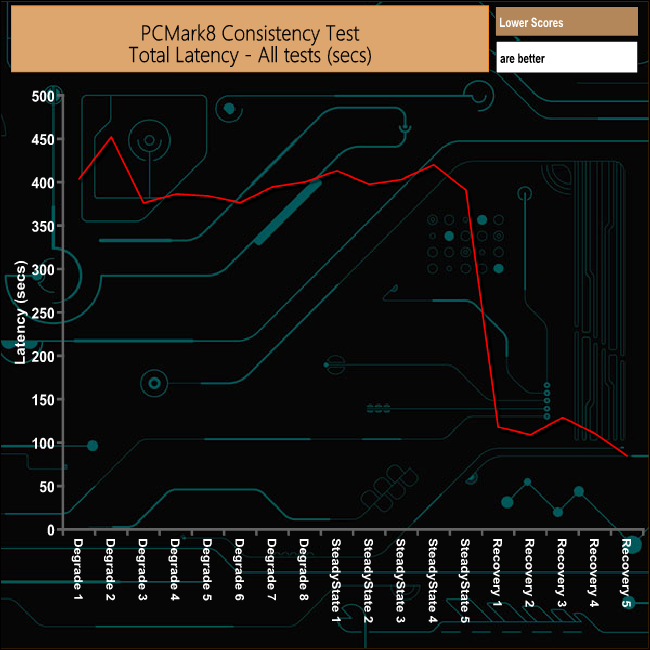 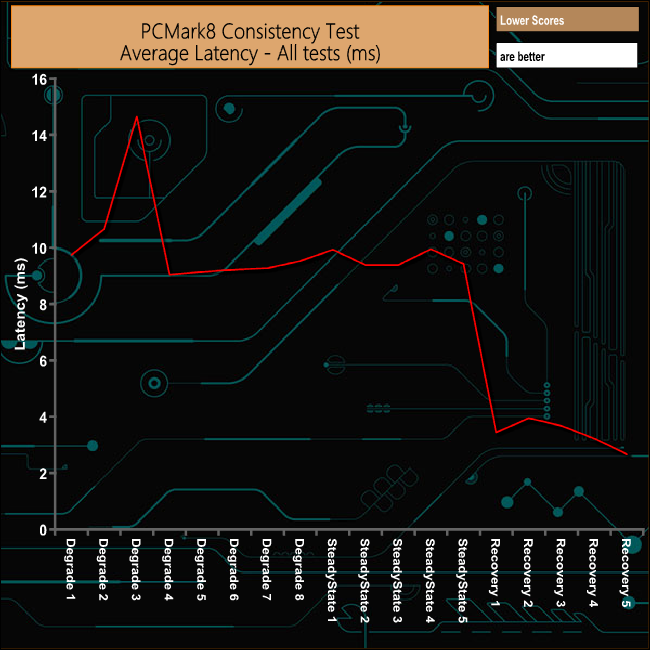 The drives performance took a hit during the second Degradation run but it recovered from that and performed pretty well through the rest of the Degradation and Steady State phases and although it certainly recovers well at the end of the test it’s not very consistent through the recovery phases.