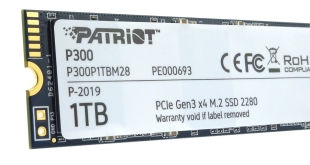 The P300 is Patriot's latest NVMe drive, with the company hoping this SSD will be able to grab a share of the highly lucrative entry-level NVMe market segment. Using a Silicon Motion controller, and coming in a little over £110, is Patriot onto a winner? 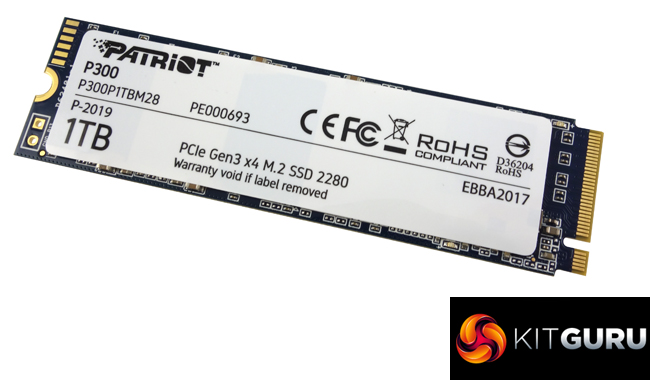 There are two versions of the P300, the US (Phison PS5013-E13T controller) and Regional (Silicon Motion SM2263XT controller) and all versions use 96-layer 3D TLC NAND. Five models make up the P300 product lines; 128GB, 256GB, 512GB, 1TB (Patriot supplied us with a Regional version for review) and the flagship 2TB drive.

The official endurance rating for the 1TB drive is 320TB TBW and Patriot back the drive with a 3-year warranty.