The 2TB Sabrent Rocket 4 Plus sits in the middle of a three drive line-up, alongside the entry 1TB model and the recently launched 4TB flagship drive. The Rocket 4 Plus series are the first we've seen using Phison’s next-generation PS5018-E18 controller. For the 2TB version of the Rocket 4 Plus, Sabrent has used eight (four per side of the PCB) packages of Micron B27B 96-layer 3D TLC NAND to go along with the controller. Helping to get rid of the heat generated from the drive, the side of the PCB that holds the controller is covered by a full-length product label which includes a layer of copper in its construction.

The 8-channel PS5018-E18 is the successor to the world's first Gen 4 controller, the PS5016-E16. The new controller is built on a 12nm process as opposed to the 28nm process its predecessor used and the core count has been increased from the two ARM Cortex R5 cores in the E16 to three in the E18 along with a pair of CoXprocessors. The speed at which the E18 controller connects to the NAND is up to 1,600 MT/s, twice that of the E16 and it can support up to 8TB of NAND. 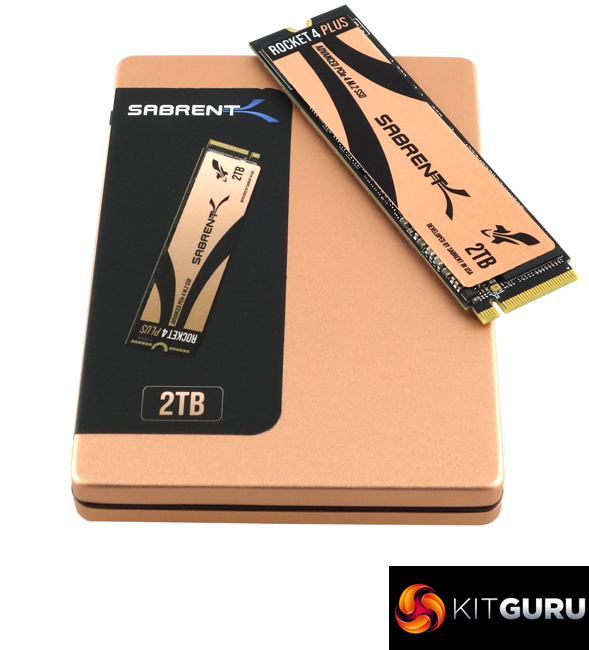 Sabrent quote Sequential read/write figures for the 2TB Rocket 4 Plus as up to 7,100MB/s and up to 6,600MB/s respectively. Using the ATTO benchmark we couldn't quite hit those official maximums but the 6,840MB/s read and 6,380MB/s write scores we did achieve are the fastest we have seen to date for a PCIe Gen 4 drive. We could however confirm the official Sequential performance figures using the CrystalDiskMark 7 Peak Performance profile test which produced read/write figures of 7,400MB/s and 6,610MB/s respectively.

KitGuru says: We were impressed with Sabrent’s 1TB version of Rocket 4 Plus, but the 2TB version is even better and Sabrent have given it a fighting chance with a pretty competitive price tag. 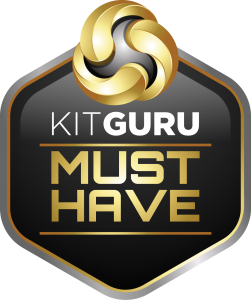 Previous Criterion is now helping with Battlefield 6, delaying Need for Speed
Next Ace Combat 7 and more come to PS Now