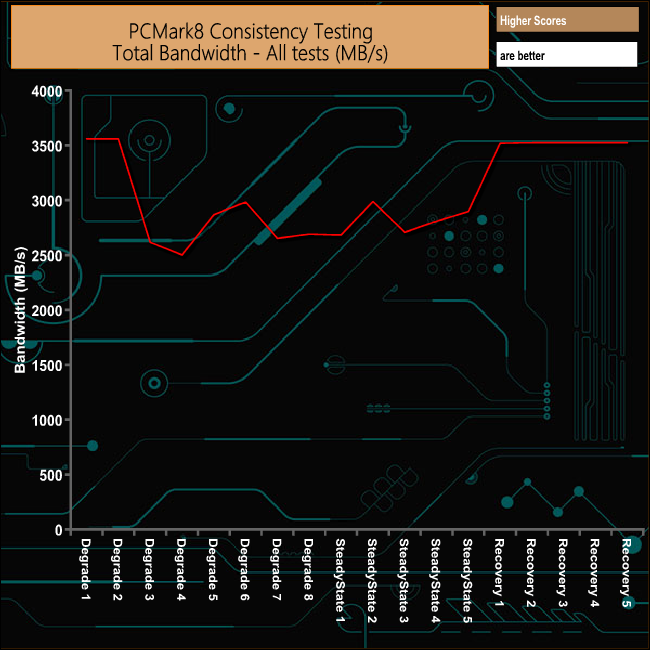 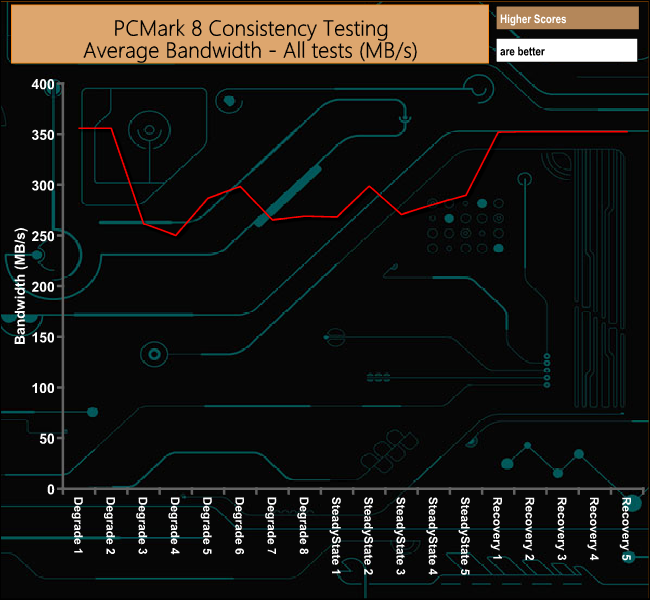 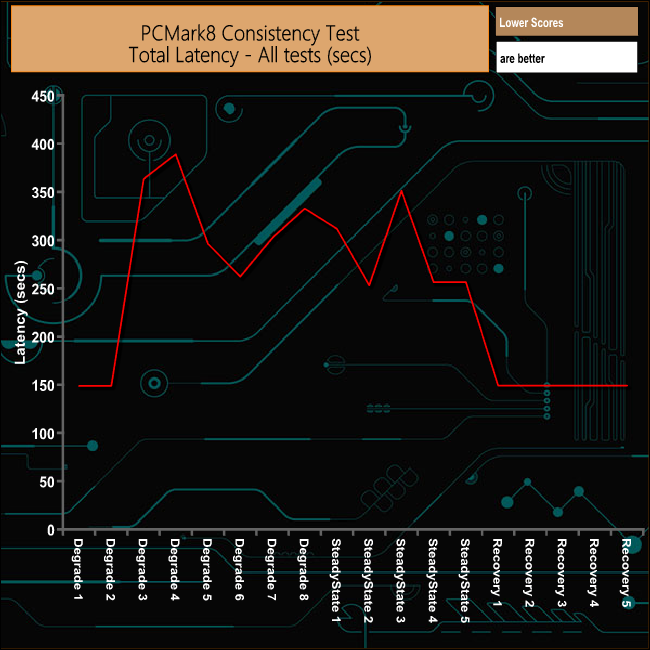 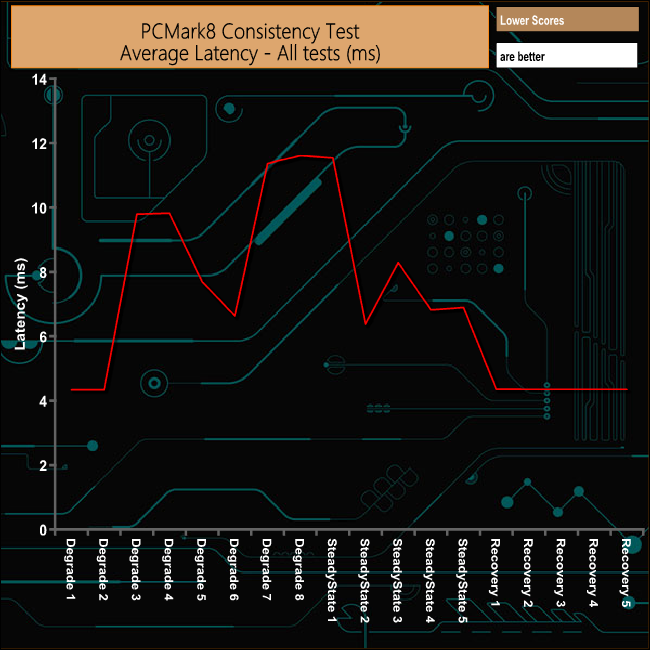 The drive takes quite a hit during the latter stages of the degradation and first part of the steady state phases, dropping as low as 250MB/s at one point, but it recovers from the ordeal very well. During the final five recovery stages it averages 352MB/s, pretty much the same figure as for the first run of the degradation phase.