The SSD980 PRO is Samsung’s latest flagship high-performance NVMe drive and is the South Korean tech giant’s first entry into PCIe Gen4 SSD market. It uses a combination of a new in-house controller and 1** layer 3D V-NAND (it is over 100 layers but Samsung will not confirm the exact number). 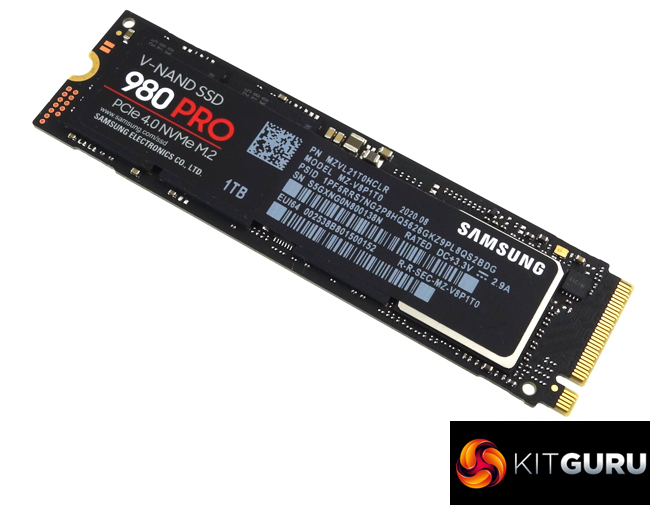 The new drive uses Samsung’s newly-developed Elpis controller, details of which are extremely thin on the ground at the moment together but we do know it is built on an 8nm process and can simultaneously process 128 I/O queues, around 4 times the amount the previous generation Phoenix controller supported. To go with the new controller the drives use Samsung’s latest 6th generation 1xx layer TLC V-NAND.

At launch, there are three capacities; 250GB, 500GB and the 1TB model (the drive we are looking at here). Later in 2020, there should be a flagship 2TB drive arriving.

The quoted TBW endurance figures for the range are 150TB for the 250GB drive, 300TB for the 500GB and 600TB for the 1TB model. Samsung backs the drive with a 5-year warranty.