OCZ have been at the forefront of Solid State drive development for a very long time now, the original Vertex and the Vertex 2 were both class leading SATA 3Gbps drives. We will be honest when we say that we have high hopes for the 6Gbps successor, today’s review product, the Vertex 3.

The Vertex 3 was first highlighted by OCZ at CES in January and it uses the second generation SandForce controller to help utilise the SATA 6GBps interface. The official figures from OCZ are quoted at up to 525MB/s read and 500MB/s write, which are staggering, if accurate. Importantly, the 4k random write performance is also rated to a very tasty 60,000 IOPS.

When we compare this drive to the last generation Vertex 2 the performance increases are not just modest, they are staggering … over 90 percent faster on paper. Last year many had assumed that the SATA 6 Gbps interface had plenty of life left in it, but with this drive, the 600 MB/s limitations are already under question.

The Vertex 3 we are reviewing today uses the SF-2281 controller which offers TCG OPAL security with 256bit AES encryption and an improved ECC engine (capable of correcting up to 55 bits per 512 byte sector).

All of the SandForce SF-2000 series controllers still utilise the patented DuraWrite technology, on the fly compression which reduces the size of the data written to the drive. When this is paired up with wear leveling and intelligent block management the drive will require fewer write cycles during regular use.

Previous Confirmation on Gigabyte’s Z68 leadership and P67 support
Next How broken does a drive have to be, to be 100% safe? 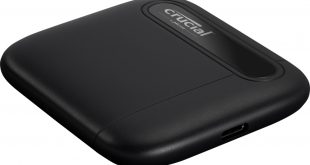