As the owner of Oculus VR, Facebook has been driving forward virtual reality development for much of the last year and recently announced a new Facebook social experience through the Rift headset. To head up its new social VR team, Facebook has now hired on ex-EA executive Rachel Franklin, who was previously the executive VP of The Sims 4 at EA.

Facebook's Oculus may have fallen behind on the whole motion tracking side of virtual reality, but with the Touch controllers finally releasing at the start of December along with its big social experiences like Toybox and Facebook's Social VR, it's starting to double down on its VR investments. 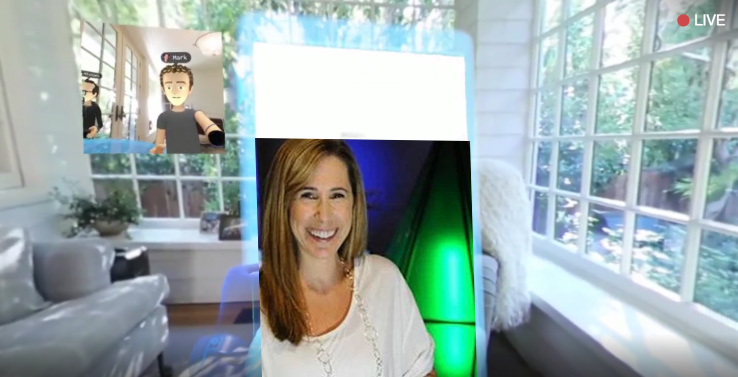 Franklin is just a part of that, but she's an interesting hire for head of such an important, forward thinking Facebook division. Her previous experience includes founding her own online marketing company in the mid-90s, before handling marketing at OnLive for three years and then transferring to EA. There she had general EP roles as well as having a real hand in developing The Sims 4, so she has an interesting mix of marketing chops and production experience.

At Facebook Franklin will work directly with Michael Booth and Lucy Bradshaw, the two other talking heads who recently appeared on stage with Mark Zuckerberg at Oculus Connect 3. It will be her job, along with theirs', to further develop the social side of Facebook's virtual reality branch in an effort to bring some of the 1.7 billion Facebook users (thanks TechCrunch) to the new medium.

KitGuru Says: Even though Facebook has a huge potential when it comes to VR, I still wonder if it can encourage its users to pick up VR hardware as it stands. The barrier for entry is still pretty high, in terms of hardware costs and computing oomph required.