Right now one of the big focusses for Virtual Reality headset makers is removing the wire. Valve has been working on turning the HTC Vive wireless and Oculus revealed its own wireless prototype just a few short months ago. However, we may not need to wait for next generation of headsets for this level of functionality as Rivvr is looking to bring a hardware solution to the table that will free both current PC headsets from wires.

Rivvr has developed a device that uses proprietary technology to send the raw HDMI signal from both headsets over the air to a PC, at a speed of somewhere between 40 to 80 mbps. TechCrunch had a chance to take an early look at the current prototype, which adds around 300 grams of additional weight to the headset and it turns out, streaming the HDMI signal over the air works quite well. 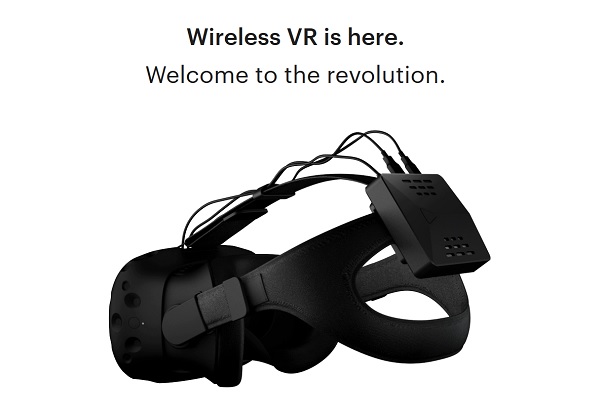 There is some tracking latency present, which has apparently been brought down to as low as 11ms, which the report claims is low enough to not feel hindered in games like Fruit Ninja VR or Tilt Brush. However, some signal issues came in to play occasionally which still need to be worked out.

Right now, Pricing for Rivvr's wireless VR accessory is still up in the air but apparently we will be hearing more about it at CES, with two versions planned to be shown, one with three-hours of battery and another with six.

KitGuru Says: While wires aren't a total killer for VR, removing the need for them will be a much appreciated next step. Hopefully devices like this will end up being good enough to tide early adopters over until the next generation rolls around.