CORSAIR has been huge in the DIY gaming PC space for many years now and in recent years, the company has made some headway in pre-built systems too with the Corsair One range. Now, Corsair is about to grow in that sector even further, as the company is acquiring Origin PC.

Origin PC is a high-end gaming PC and laptop builder over in the United States. Over the years, Origin has won a ton of awards and accolades for various systems and now all of that will fall under the Corsair umbrella. 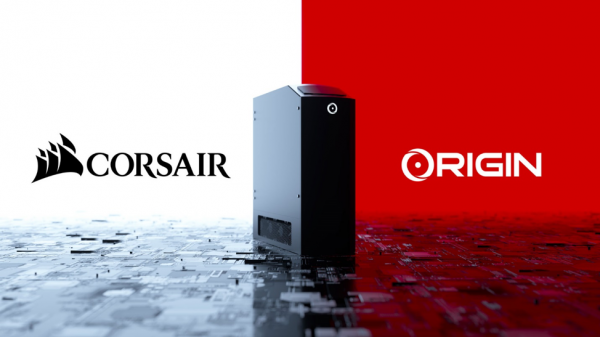 Speaking about the acquisition, Corsair’s CEO and founder, Andy Paul, said: “With the gaming PC market continuing to expand as an increasing number of players make the jump from console to PC, we wanted to do more to reach customers in North America that prefer to buy, rather than build, their system. With ORIGIN PC’s expertise in personalized custom gaming systems and CORSAIR’s strength in performance PC hardware and the iCUE software ecosystem, we’re excited to combine our efforts to create new world-class gaming experiences for PC gamers.”

ORIGIN PC will remain as a separate brand from Corsair, similarly to how Elgato operates since being acquired by the company. We have no idea how much money was spent on this acquisition but I imagine the number of zeros on the cheque would make us mere mortals cry.

KitGuru Says: With CORSAIR now backing Origin, perhaps we’ll see some of those builds travel over to Europe eventually, although for now there are no announcements leaning in that direction. Have many of you used Origin PC at all? Is this a good acquisition for Corsair?