All the news from Microsoft’s big Surface event is out now, with the tech giant announcing a ton of new devices. There were a few surprises in there, including news that Microsoft will be entering the smartphone market again with an emphasis on dual-screen devices.

Microsoft unveiled a range of new Surface devices at an event in New York City yesterday. The most interesting news coming from the event is that Microsoft is releasing a new dual-screen folding smartphone and teaming up with AMD to bring us a Ryzen powered surface for the first time.

Microsoft's return to the smartphone market kicks off with the Surface Duo- a dual-screen, foldable smartphone that can double up as a small tablet. This time around, Microsoft isn't trying to push Windows onto mobile users and will instead use Android with some of Microsoft's own features baked in.

The Surface Duo features dual 5.6-inch displays with a 360 degree hinge in the middle. This design has the advantage of folding out both screens for productivity, multitasking etc, and then folding the device up and using it like a standard smartphone. With both displays folded out, you essentially get an 8.3-inch tablet. 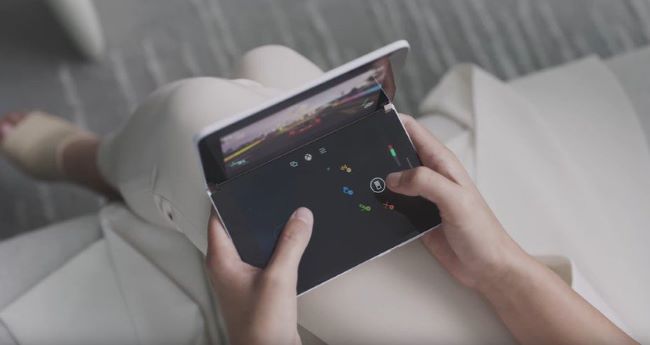 Each display can be utilised to run separate apps for productivity, or the second display could be used as a keyboard or game controller. We don't know the specific version of Android running on the device, but it will use a new version of the Microsoft Launcher, which has been available on the Google Play Store for quite some time.

The Surface Duo isn't coming until late 2020, so there is still plenty of work to be done. With that in mind, we don't have exact details on specs, although some rumours suggest it will use a Snapdragon 855. There are some other features that also need to be finalised, including the cameras.

Continuing with the folding dual display theme, Microsoft also announced the Surface Neo which shares some traits with the Duo, but is aimed at those who need a bigger device for work. The Surface Neo is still in the early prototype phase, so details were a little thin on the ground. From what we could see though, the dual displays have a larger gap between them, so it is unlikely that you will be able to (or want to) spread a single app across both screens. Instead, Microsoft is pitching this as a multitasking feature for keeping multiple apps open. 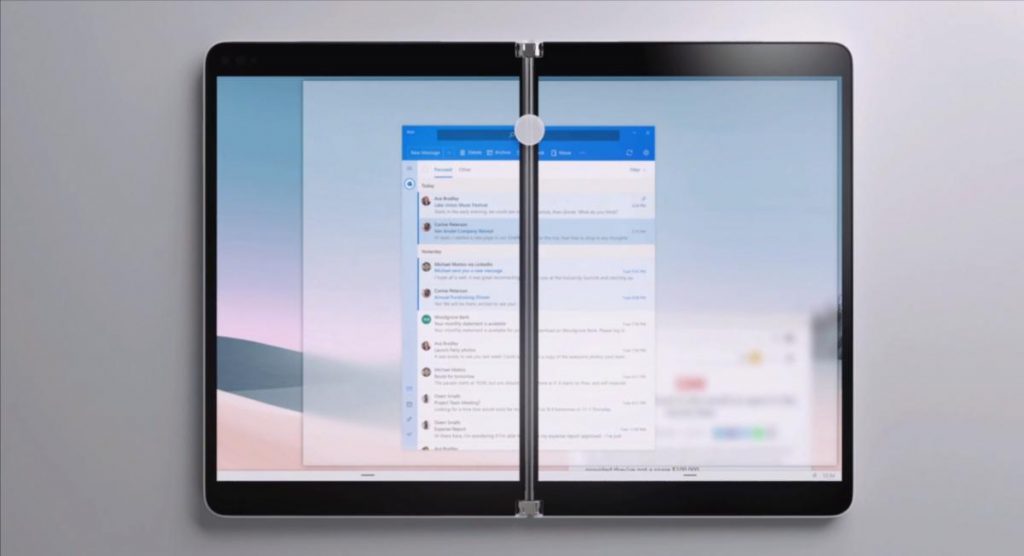 Under the hood is a custom Intel Lakefield processor with 11th Gen graphics to control both displays. The Neo will work with the new Surface Pen, which attaches to the rear and similarly to the iPad Pro, there is a detachable keyboard that snaps on magnetically for proper typing.

The keyboard attaches to the back of the Surface Neo, you can then fold the device open like a traditional laptop with one display doubling as a trackpad and the other being your main screen. Alternatively, you can set the Neo up so that both displays are visible and then use the keyboard unattached.

Another big announcement, but not such a surprise, was the Microsoft Surface Laptop 3. This time around, Microsoft is offering AMD Ryzen processors, developed through a co-engineering effort between Microsoft and AMD to meet certain requirements. With this laptop, Microsoft is aiming to offer the perfect balance between performance, battery life and a sleek lightweight design.

There are two versions of the 15-inch Surface Laptop 3, one offering a Ryzen 5 Microsoft Surface Edition CPU and a more powerful Ryzen 7 version. The higher-end chip will have boost speeds of up to 4GHz in bursts while still delivering a 15W TDP. The low power usage means that the laptop can be ultra thin and light, weighing in at 1.5kg.

The 15-inch display has a 2496×1664 resolution and a 3:2 aspect ratio, so it is a bit taller and more ‘square' than the average 16:9 laptop. The display also has AMD FreeSync support for a smooth, tear free experience. Finally, AMD Radeon Vega graphics are built in too for some extra graphical horsepower. 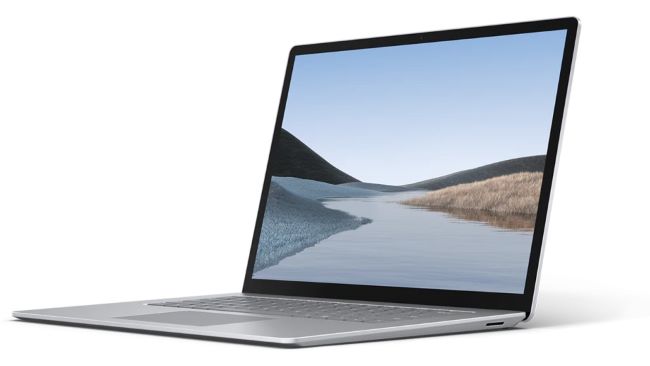 USB Type-C is now present to enable compatibility with new high-speed peripherals, like docking stations or fast chargers, rather than just relying on Microsoft's proprietary connector. That connector is still present though and according to Microsoft, it will charge the laptop to 80% in under an hour.

The keyboard this time is not covered by Alcantara fabric and is instead a more traditional low-profile keyboard with 1.3mm key travel and a 20% larger trackpad. Other points that Microsoft wanted to drive home was the removable storage for quick and easy expansion, in addition to the promise of 11 hours battery life from both 15-inch models.

A smaller, 13.5-inch Surface Laptop 3 will also be available with an Intel Ice Lake 10th Gen CPU. This version should be twice as fast as the Surface Laptop 2 and according to Microsoft, it is also three times faster than a MacBook Air.

The Surface Laptop 3 will be available to pre-order on the 22nd of October with prices starting from $999 and $1199 for the 13.5 and 15-inch models respectively.

KitGuru Says: Microsoft had a huge blow out at its Surface event yesterday, unveiling a ton of new devices. We've detailed the highlights here, but there is also a Surface Pro 7 and Surface Pro X tablet on the way, as well as Surface wireless earbuds and other accessories. What do you all think of the new Surface hardware? Is there anything in particular that stands out to you?