Over the course of September, several leaks sprouted up for Microsoft's next big Surface refresh. We caught wind of a new 15-inch Surface laptop and even some talk of Microsoft switching from Intel processors to AMD Ryzen CPUs. Now this week, just ahead of Microsoft's launch event tomorrow, more leaks have appeared showing off the ARM-powered Surface, a new Surface Pro and two new Surface laptops.

We won't learn the official details until Microsoft's event tomorrow. However, it seems the party has started a little early on the world wide web, with notable leaker, EVLeaks, showing off several new Surface devices ahead of launch, some of which you can see in the gallery below:

From the leaked images, we can see the new ARM-powered Surface looks considerably more compact and has a thinner bezel than previous Surfaces with a more subtle, rounded shape. It is also said to feature two USB Type-C ports on the side of the display.

Other items expected to be on the agenda at the event are updated Surface laptops. Again, these are expected to feature USB Type-C connectivity. Another change we noticed from the photos is the lack of Alcantara fabric on the keyboard.

Along with the new ARM device and the updated laptops, Microsoft could be announcing a new Surface Pro 7, featuring new colours and also USB Type-C connectivity along with a Type-A port too. Additionally, new accessories will be expected, including an Arc touch mouse in various colours and a new pen dock that can re-charge the device.

With no official word from Microsoft about the specifications of the new devices just yet, we will have to wait until tomorrow for the full in-depth unveiling.

KitGuru says: We're expecting a ton of Surface news to drop tomorrow. Have many of you owned or used a Surface? Would you consider one of these newer, upgraded models? 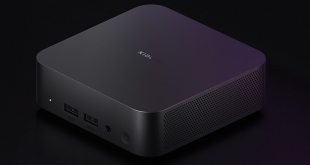 Xiaomi to get into the mini-PC market with two systems

Xiaomi has been in the PC market for a long time now, selling laptops, peripherals …