8Pack has done it again guys, breaking through another performance barrier to retake the top spot on the 3Dmark Firestrike record tables for four card configurations and he managed to break new ground for the benchmark, becoming the first to post a 35,000+ score on HWBot.

The hardware he used this time around is interesting though, as it's not four of the newly released performance monster, the R9 295X2 (which we reviewed recently) or four of Nvidia's price tag monster, the Titan Z, but instead a quadruped configuration of MSI R9 290X Lightning cards. They were overclocked of course, to 1,300 MHz on the core and 1,625 MHz on the memory, but only with water cooling. 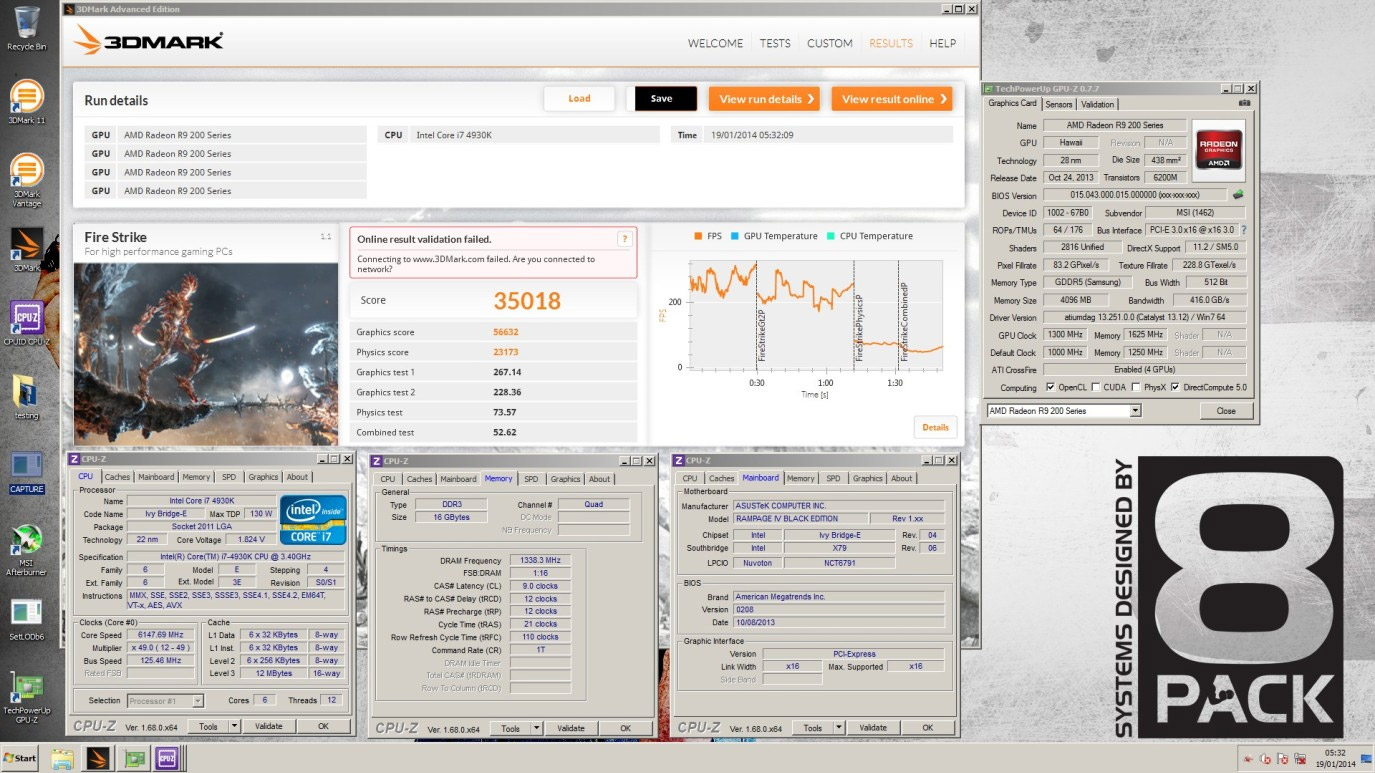 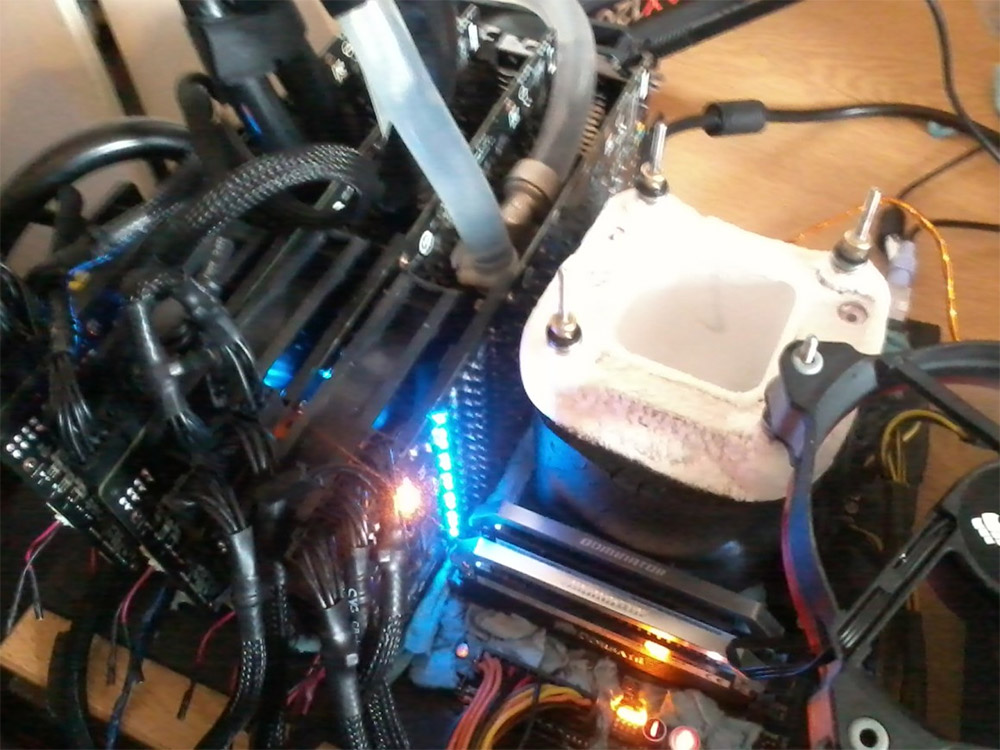 It's weird to see such a monstrous overclock and Firestrike score be achieved with only on LN2 block.