Alienware’s Steam Machine will be its least profitable system ever

It’s been a while since we’ve had any Steam OS or Steam Machine news. Valve is still working hard on its OS and there is very little mystery surrounding most upcoming pre-built computers, however, Alienware has been keeping its cards close to its chest and hasn’t given very much away other than its target price point and the look of the system. 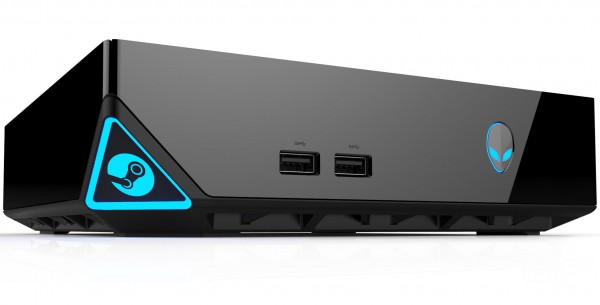 Frank Azor, General Manager of Dell’s Alienware game-PC division, said to the Wall Street Journal that “It’s going to be very challenging, this will absolutely be the least profitable system we ever sell.”

Alienware didn’t give much away during CES in January but it did note that its Steam Machine will be priced competitively against the PS4 and Xbox One consoles. An Intel CPU and Nvidia GPU are expected to feature in the build but no exact specifications have been confirmed yet. The Steam Machines along with the first stable release of Steam OS are expected to launch during the second half of this year so we should see an increase in news over the coming months.

KitGuru Says: Alienware’s Steam Machine appears to be the most exciting one as it is the only one that Valve has had a direct part in creating, specs and look-wise. It will be interesting to see how it fairs against the Xbox One and PS4 at the end of the year. Are any of you guys still interested in the Steam Machines or even Steam OS? It has been a while since we’ve heard anything about Valve’s living room scheme.