A Plague Tale: Innocence, Children of Morta, and Gris announced for Xbox Game Pass for PC

Microsoft is continuing to update its Game Pass subscription service with a number of high quality titles. Announced to be arriving on the service for PC is A Plague Tale: Innocence, Children of Morta, and Gris – three highly rated titles from the last two years. These games will be joining over 100 other titles already available on the service.

A Plague Tale: Innocence has you “[f]ollow the grim tale of young Amicia and her little brother Hugo in a heartrending journey through the darkest hours of history in this acclaimed action adventure game. Hunted by Inquisition soldiers and surrounded by unstoppable swarms of rats, they will struggle to survive against overwhelming odds and fight to find purpose in this brutal, unforgiving world.” The game received high praise for its story and character development, when it was released in May last year, and even received a nomination for ‘Best Narrative’ at the 2019 Game Awards.

Children of Morta is described as “[a] story-driven action RPG about an extraordinary family of heroes. Lead the Bergons, with all their flaws and virtues, against the forthcoming Corruption. With a unique mix of action-adventure, RPG, rogue-lite, and hack and slash, you’ll develop not only individual characters but also the entire family as they stand against an encroaching darkness”. It too received high praise upon its release in September 2019, with many reviewers claiming it to be one of their favourite indie games of the year. 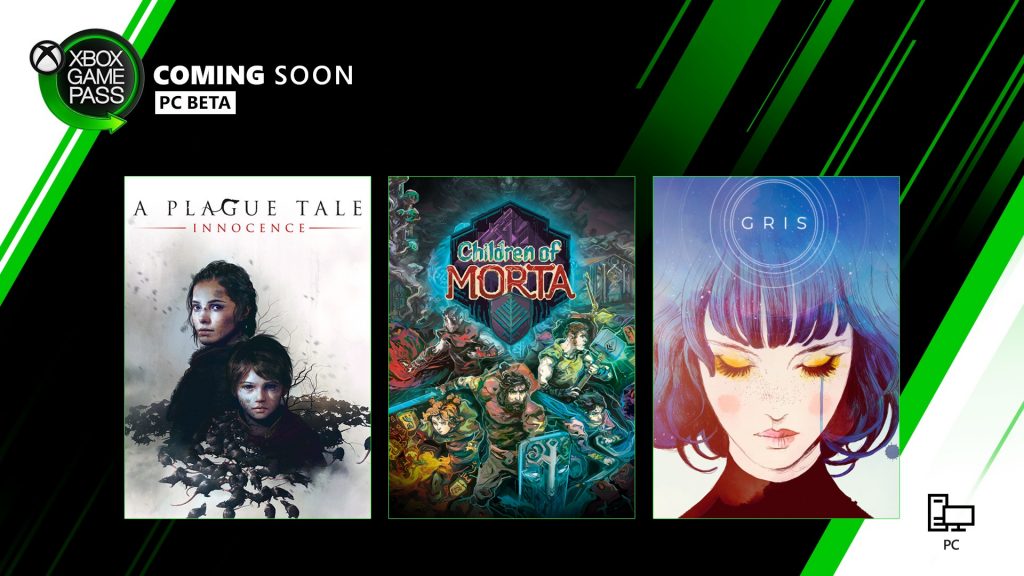 Lastly, Gris is also set to join the service. Gris is a “serene and evocative experience, free of danger, frustration or death. Explore a meticulously designed world brought to life with delicate art, detailed animation, and an elegant original score where light puzzles, platforming sequences, and optional skill-based challenges will reveal themselves as the story unfolds, allowing Gris to see her world in a different way, unlocking new paths to explore using her new abilities”. Gris won an award for ‘Games for Impact’ at the 2019 Game Awards, and received nominations for many others.

Children of Morta is available on the service right now, but Microsoft didn’t specify when the other two games would be arriving, aside from saying that they would be added some time in “the next few weeks.” More information on Xbox Game Pass for PC can be found HERE.

KitGuru says: What do you think of the latest additions to Xbox Game Pass for PC? Which of the three games interests you the most? Are you subscribed to the service? If not, why not? Let us know down below.