Following the launch of Halo Reach on Xbox Game Pass yesterday, The company has announced the full line-up of games that will be adorning the service in December for PC. The titles joining the service include Metro: Last Light Redux, Farming Simulator 17, and Human: Fall Flat – among others. The PC line-up differs slightly from its console counterpart, with Xbox receiving Tom Clancy’s The Division and PES 2020, to name a few.

The titles coming to Xbox Game Pass on consoles meanwhile will be: My Friend Pedro and Naruto to Boruto: Shinbo Striker – on the 5th of December. Demon’s Tilt and Wondersong meanwhile, will be arriving on the 6th of December. The rest of the games will be joining the line-up on the 12th of December, namely eFootbal PES 2020; Overcooked! 2; Pathologic 2; and Tom Clancy’s The Division. 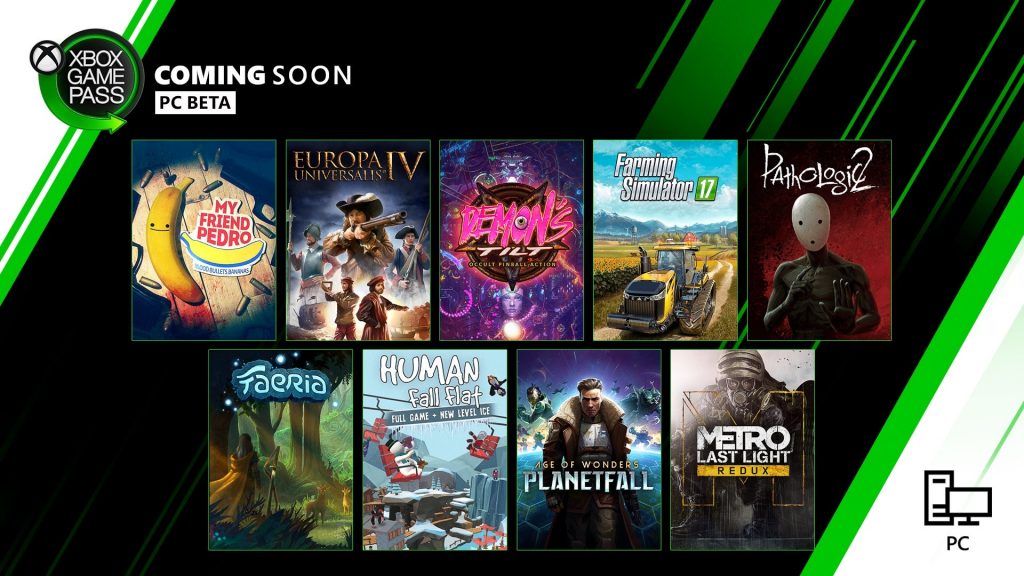 These titles will be joining the 100+ games available to play on Xbox Game Pass. Halo Reach was also added to the service yesterday. Xbox Game Pass is available for £7.99 per month for console, and £7.99 per month for PC (although Microsoft are currently offering the PC variant at an introductory price of £3.99). Microsoft have already revealed some of the titles that will be joining the service in 2020, including a litany of Final Fantasy titles, and the Yakuza series.

KitGuru says: What do you think of this month’s offerings? Which platform’s titles appeal more to you, the PC or Console games? Do you have Game Pass, and if not, why not? Let us know down below.