The rise of cloud gaming has plenty of question marks around it, with ISPs controlling our connections to streaming services being the biggest. Here in the UK, BT is the first ISP to openly support cloud gaming by partnering up with Google to offer a new Stadia bundle.

Starting from this week, those signing up to BT Superfast Broadband 2 (67Mbps), Ultrafast Fibre 100 (100Mbps) or Ultrafast Fibre 250 (250Mbps) packages will get the Stadia Premiere Edition bundle, including the Stadia controller, Chromecast Ultra and three months of Stadia Pro. Then next month, BT will be launching some gaming specific broadband plans. 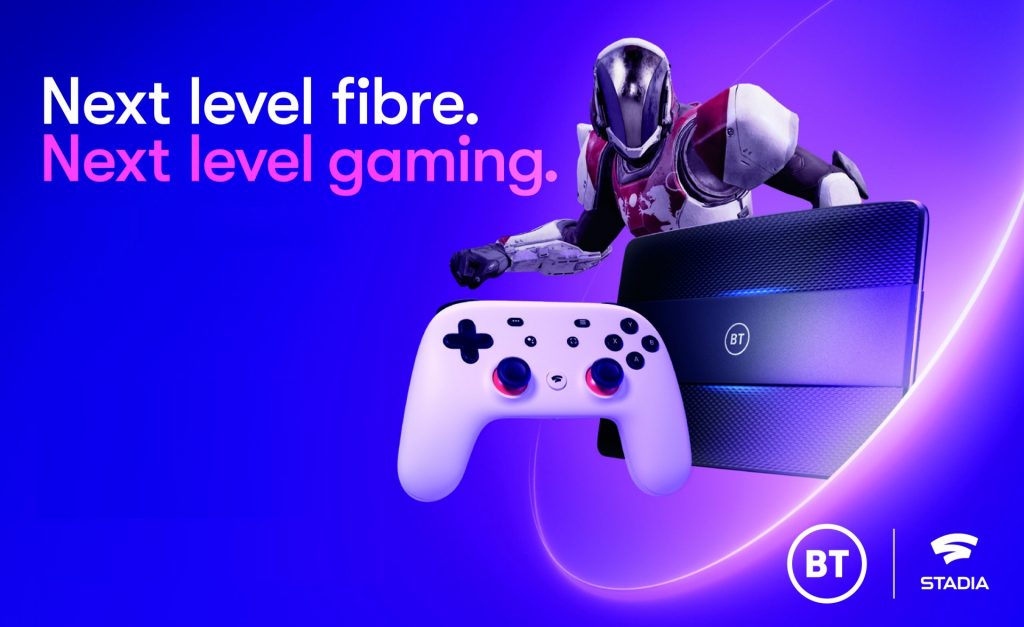 Virgin Media is another ISP that has offered gaming specific internet packages, which mostly include improved upload speeds for streamers on top of already speedy Fibre connections for up to 300Mbps download speeds. BT will be doing something similar with a range of ‘Superfast Stadia gaming plans’ including Superfast Fibre 2, Ultrafast Fibre 100 or Ultrafast Fibre 250, which are all launching on February 7th.

Currently, BT’s plans start at £40 per month. We’ll need to wait a little while longer to learn more about the Stadia specific broadband plans and what their benefits are.

KitGuru Says: ISPs have been somewhat slow to appeal to the gaming market in my opinion. A lot of us will pay for faster speeds when they are available, particularly now that game download sizes are so big. Still, with streaming coming into the mix, perhaps this will give ISPs the push they need to roll out infrastructure upgrades.

Previous A Plague Tale: Innocence, Children of Morta, and Gris announced for Xbox Game Pass for PC
Next Marvel’s Iron Man VR delayed until May