Assassin’s Creed Syndicate is Free on the Epic Games Store

Epic Games continues to offer high-profile and AAA titles as part of its free weekly games programme. This week’s free titles are Assassin’s Creed Syndicate, the 2015 action-adventure open world stealth title set in Victorian London, and Faeria, a strategy card game with over 100 hours of content. These games are available to purchase for free from now until the 27th of February at 4pm.

Faeria is a collectible card game featuring a “unique living board” which will “challenge you with truly strategic card battles. Craft your deck, shape the battlefield, and fight for victory!” Faeria takes pride in its ethical business model, claiming that “whether through solo campaigns, draft mode, or PVP, all cards are earned through simply playing the game!” The game features over 100 hours of content, where you can “explore a vast array of challenges that reward you in return. Journey through the Oversky and defeat devious World Bosses – or even play enemy AI in draft mode!” Faeria received generally favourable reviews from both critics and fans alike upon its release in 2017. 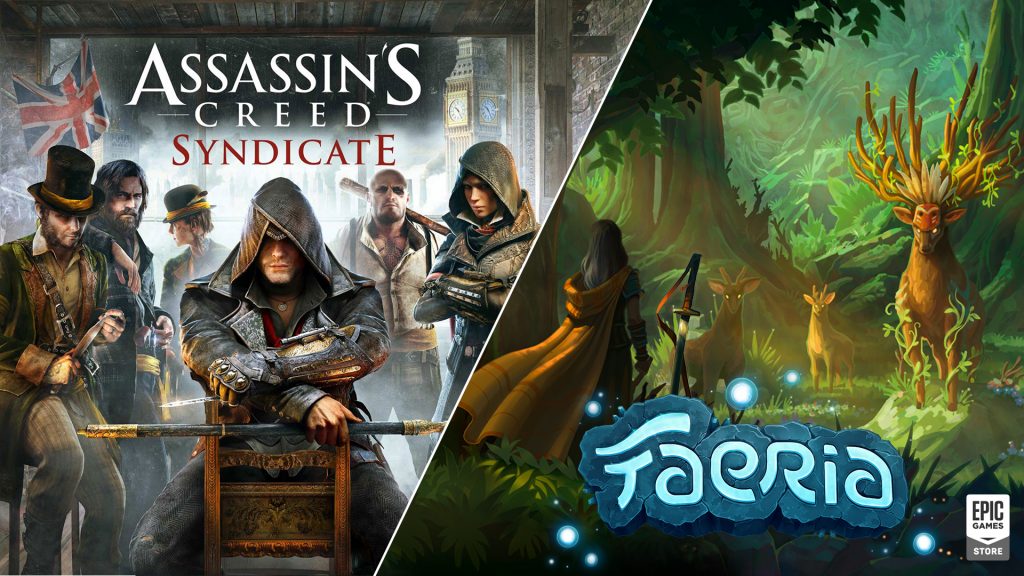 Assassin’s Creed Syndicate is the ninth major installment in the action-adventure stealth series. In AC: Syndicate you play as both Jacob and Evie Frye, twin assassins who are trying to take down the Templars’ stronghold on London and bring safety to the city. Set in 1868, you’ll interact with and assist a number of famous historical figures including Alexander Graham Bell, Charles Darwin, Charles Dickens, Florence Nightingale, Karl Marx, and of course, Queen Victoria herself. The game was received positively by critics upon its release in 2015, with Evie and Jacob Frye being notable standouts. The game was seen as a return to form for the franchise, especially in the wake of Assassin’s Creed Unity.

KitGuru says: What do you think of this week’s offerings? Have you played Assassin’s Creed Syndicate? What’s your favourite game in the franchise? Let us know down below.