Just Cause 4 is free on the Epic Games Store

Each week, the Epic Games Store offers a number of free titles to its customers. This week is a big one, as Just Cause 4, the 2018 open world title from Square Enix is free to all users alongside Wheels of Aurelia, an indie narrative-based driving game. Both of these titles are available to download for free from now until the 23rd of April.

Just Cause 4 is the latest entry in Square Enix’s destructible open-world sandbox title. Developed by Avalanche Studios and released in late 2018, the game sees you once again playing as Rico Rodriguez trying to take down the bad guys. This time however, the private military organisation has found a way to weaponise the weather. Further upping the ante on its destructive capabilities, Rico is given an improved toolset at his disposal, offering more mobility and a greater capacity for destruction than ever before.

Though critical reception was mixed, Just Cause 4 is a great companion for those who wish to have some mindless fun in a large open world. Just Cause 4 was also recently added to PlayStation Now’s April line-up. 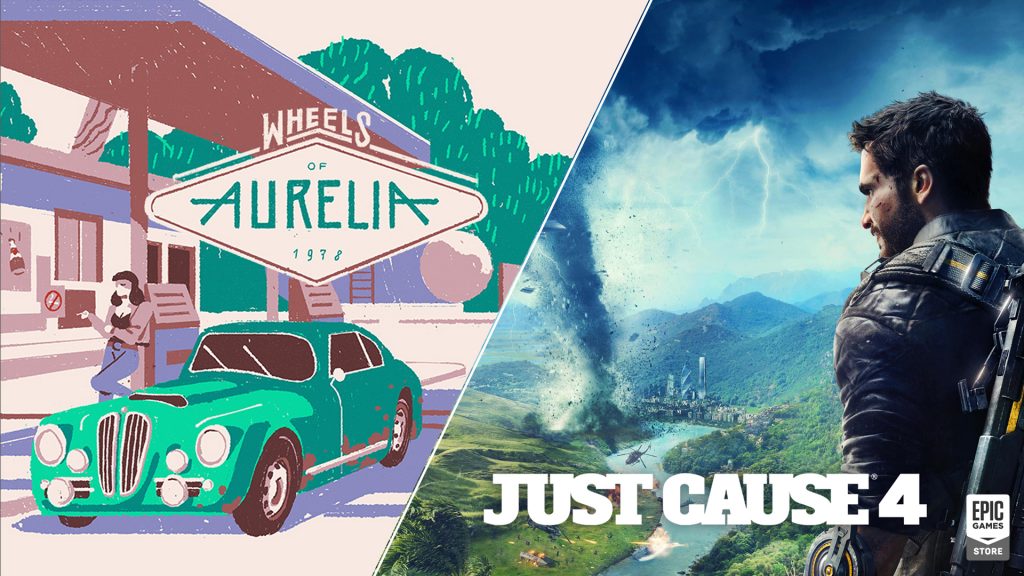 The second game available for free is Wheels of Aurelia. In this narrative-based driving game, players “Embark on an immersive road trip through the gritty western coast of Italy during the roaring 1970’s”. You play as Lella, “a bold, spunky woman, [who] experiences the sights and sounds of a tumultuous time in Italy’s history while uncovering events from [her] past”.

Though the game won a number of awards, critical reception was mixed, with some criticising the game’s design and repetitive dialogue, due in part to its 16 different endings. Still the game is relatively short, and rooted in real cultural and historically significant events. Therefore if you have any interest in Italy’s history, the game is worth giving a go.

Both of these games are available to purchase and download now for free, and will remain so until the 23rd of April at 4pm, at which point they will be replaced by hex-based adventure game ‘For the King’.

KitGuru says: What do you think of this week’s offerings? Do you enjoy the Just Cause series? What’s more important to you, story or gameplay? Let us know down below.