Ever since PlayStation Now received its soft-relaunch back in October 2019, the game subscription service has focused much more heavily on giving its users higher quality titles. Previous months have seen PS4 juggernauts such as God of War and Persona 5 join the line-up. The stand out title for the month of April is far and away 2018’s Marvel’s Spider-Man – though it’s not the only game being added.

Three new titles are being added to PlayStation Now this month: Marvel’s Spider-Man, Just cause 4, and The Golf Club 2019.

Marvel’s Spider-Man needs no introduction. The 2018 open-world title from Insomniac Games quickly became one of the consoles most successful titles. The game received universal praise from both fans and critics alike, selling over 3.3 million copies in its first three days and becoming the fastest selling first/second-party release in Sony’s history. The game went on to sell more than 13 million copies as of August 2019 – meaning that sales figures are likely even higher now. 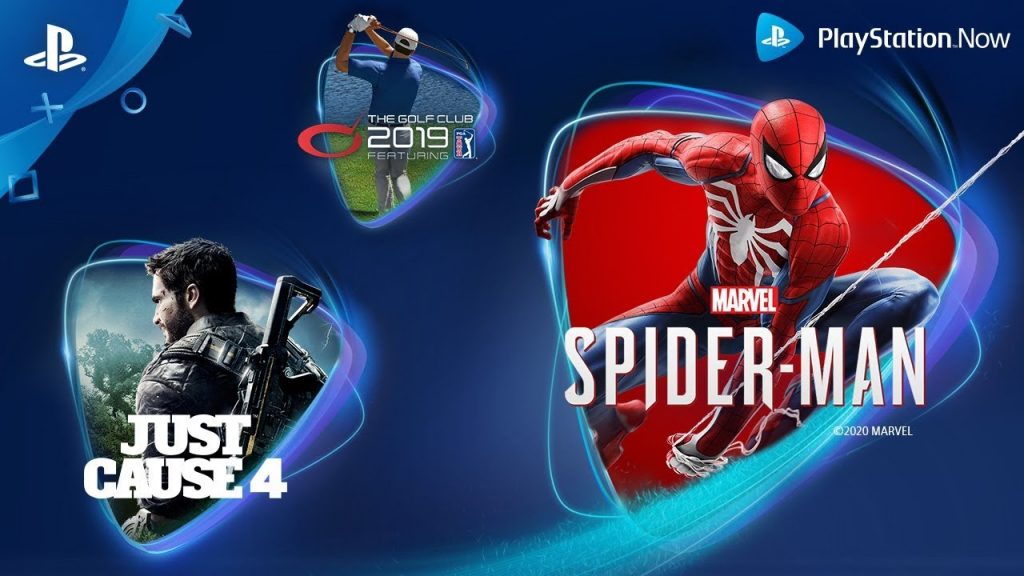 Just Cause 4 is the latest title in Avalanche Studios’ open-world destruction haven. Released in late 2018, the game continued to evolve what the series is known best for – its destruction. Once again, you play as Rico Rodriguez trying to take down the bad guys. This time however, the private military organisation has found a way to weaponise the weather. With an improved toolset at his disposal, Rico now has more mobility and a greater capacity for destruction than ever before. Though critical reception was mixed, Just Cause 4 is a great companion for those who wish to have some mindless fun in a large open world.

These three titles are available from now to stream or download to your PS4 systems. Spider-Man will be available on the service until the 7th of July, while Just Cause 4 will remain until the 6th of October. The Golf Club 2019 meanwhile will be a permanent addition to the service. These titles join last month’s line-up of Control, Shadow of the Tomb Raider, and Wolfenstein II: The New Colossus – among others.

KitGuru says: What do you think of this month’s line-up? Are you subscribed to any games services? What was your favourite game from 2018? Let us know down below.

Previous Last Oasis server issues have been resolved, devs explain what went wrong
Next Company of Heroes coming to iPhone and Android this year