The Epic Games Store is once again offering two free games this week. Available to download for free right now is ‘Nuclear Throne’, a post-apocalyptic, rogue-like top-down shooter, and ‘Ruiner’, an isometric action shooter set in the year 2091 in the cyber metropolis Rengkok. These two games have replaced last week’s offerings of SOMA and Costume Quest.

Nuclear Throne was developed and published by Vlambeer, a Dutch studio consisting of only two members. The game adopts a pixel art style, and plays similarly to other rogue-like shooters such as Enter the Gungeon, with a focus on fast paced movement and combat.

The game is described as being “Not ‘the final hope of humanity' post-apocalyptic, but ‘humanity is extinct and mutants and monsters now roam the world' post-apocalyptic. Fight your way through the wastelands with powerful weaponry, collecting radiation to mutate some new limbs and abilities. All these things and more you could do if only you were good at this game. Can you reach the Nuclear Throne?”. 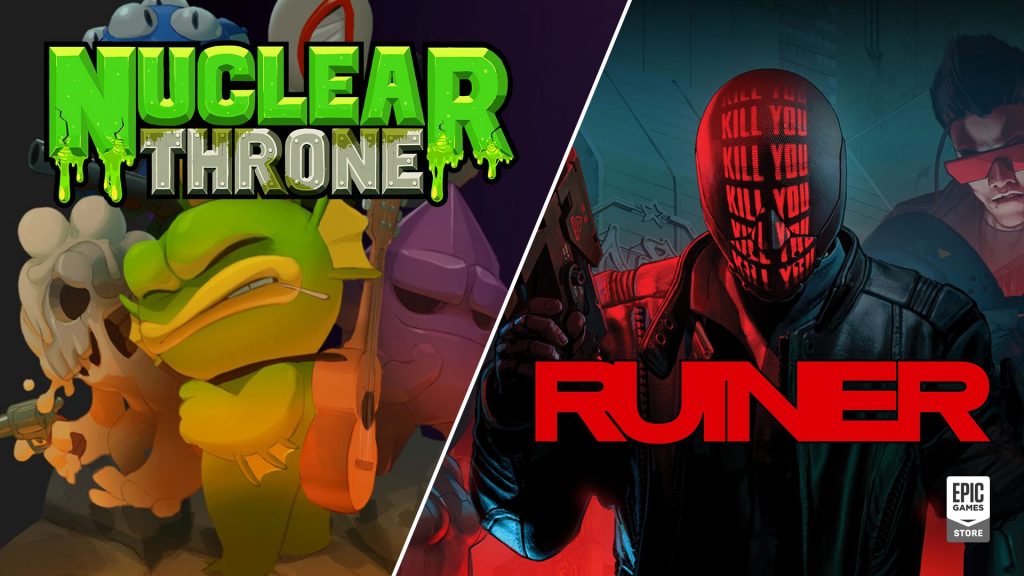 The other game on offer is ‘Ruiner’. The game is published by Devolver Digital and received positive reviews when it released back in 2017. The story is of “[a] wired psychopath [who] lashes out against a corrupt system to uncover the truth and retrieve his kidnapped brother under the guidance of a secretive hacker friend. Combine preternatural reflexes, augmented tools, and the arsenal of fallen foes to tear down HEAVEN”. The game features a cyber-synth soundtrack and graphic violence, all wrapped up with a strong visual identity.

Both Nuclear Throne and Ruiner are available to download for free right now on the Epic Games Store until the 14th of November, when they will be replaced by ‘The Messenger’.

KitGuru says: What do you think of this week’s offerings? Will you be picking either of these games up? Do you prefer rogue-likes like Nuclear Throne, or games with definitive endings like Ruiner? Let us know down below.