As 2019 draws to a close, so too does the Epic Games Store’s “12 Days of Free Games” promotion. Since the 19th of December, the storefront has been offering a new title for free every 24 hours. The 13th and final game has been revealed to be Yooka-Laylee and the Impossible Lair – the sequel to the original Yooka-Laylee, and inspired by Donkey Kong Country – bringing 2.5D platforming back into the limelight.

Yooka-Laylee and the Impossible Lair released only a few months ago – in October to be precise – and was well received by critics. The game was considered an improvement over its predecessor, having adopted an entirely different gameplay style. While the first Yooka-Laylee functioned as a 3D collectathon game, in the vein of Banjo-Kazooie, Yooka-Laylee and the Impossible Lair instead chose to adopt Donkey Kong Country’s 2.5D style – and it appeared to pay off.

The game adds three unique elements which separates itself from other similar titles: Firstly, while the levels within the game are played in 2.5D, the overworld, which serves as the hub to move from level to level, is in fact playable in 3D and functions as a level in its own right, with various objectives and puzzles. 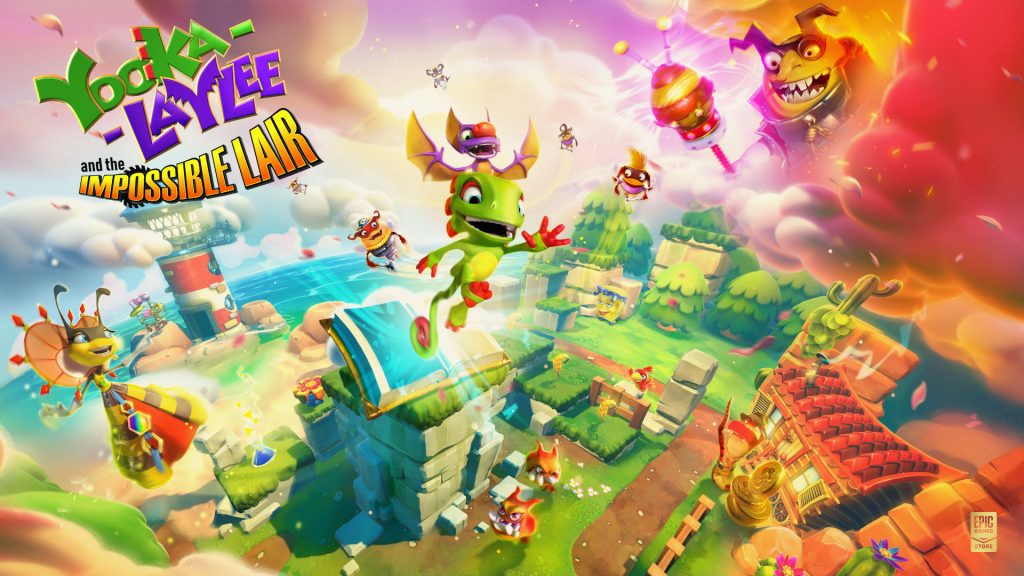 The game also features alternate level states, which changes not only the theme of a level, but how it is played too. “Hook up electricity, submerge [levels] in water, freeze or literally flip them upside down for radically altered challenges!”

Lastly is the game’s titular “Impossible Lair”. This is a challenge gauntlet which can be tackled at any time, although as is in the name – Impossible Lair – it’s incredibly challenging. It features no checkpoints and so if you die, you have to start right back at the beginning.

Yooka-Laylee and the Impossible Lair is currently free on the Epic Games Store. The title will be available to purchase for free until 4pm on the 1st of January 2020.