Throughout each month, Microsoft announces and adds new titles to its Xbox Game Pass subscription service. While the titles joining the service for the first half of September were already announced, the console manufacturer has now revealed what titles subscribers can look forward to for the rest of the month – including Warhammer: Vermintide II and Halo 3: ODST.

The full list of titles joining Xbox Game Pass for the second half of September are: 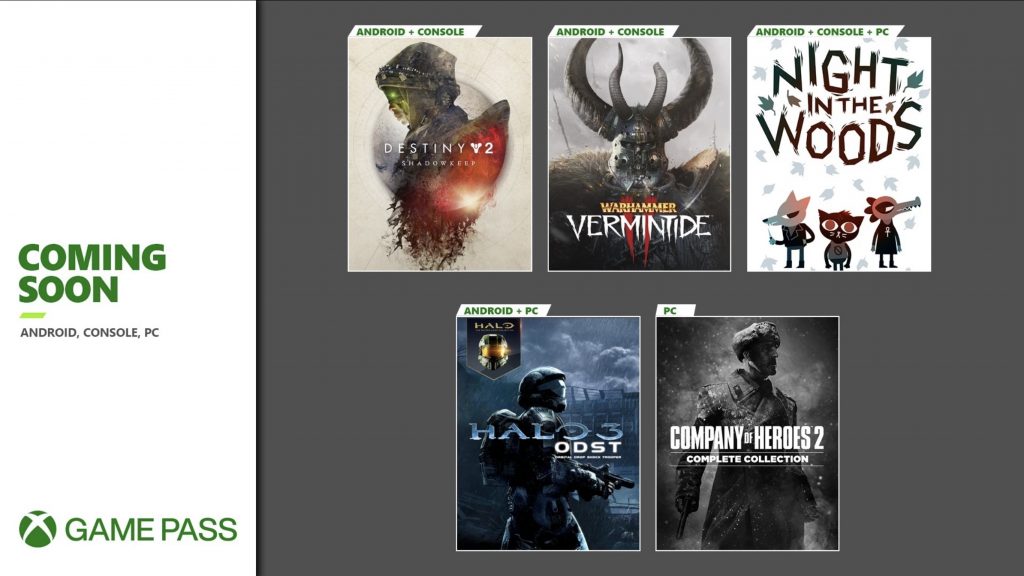 It is interesting to note that Microsoft has specified that titles would be coming to ‘Android’ instead of xCloud – presumably due to the back and forth that Mcirosoft and Apple are currently engaged in regarding the iPhone creator’s stringent App Store guidelines.

Microsoft has also announced which games will be leaving the service at the end of the month, so if you have yet to finish these titles, you have just over two weeks to do so. The titles in question are:

KitGuru says: What do you think of this most recent line-up? Are you excited for xCloud? Do you own Game Pass? Let us know down below.