Microsoft Xbox One will not be the company’s last console

Last week’s launch of PlayStation Now service that can stream PlayStation games to various devices will affect the future of video games in general and game consoles in particular. Some people might think that if it is possible to stream a game, why buy a dedicated console? Nonetheless, the head of Microsoft Studios believes that the consoles will not disappear any time soon.

In theory, cloud video game streaming services can rival dedicated game consoles in case they offer high-quality video games at decent price-points. However, performance of games rendered somewhere in the depth of a datacenter and played via the cloud will be affected by numerous factors, including lag, bandwidth and other. As a result, when a fan asked Phil Spencer, corporate vice president of Microsoft Game Studios, whether the Xbox One was “the last console as ‘we know it’,” the high-ranking executive denied such a possibility and said that local compute would be important for years to come.

“I don’t [think that Xbox One is the last console ‘as we know it’]. I think local compute will be important for a long time,” said Mr. Spencer via a post in Twitter, reports CVG. 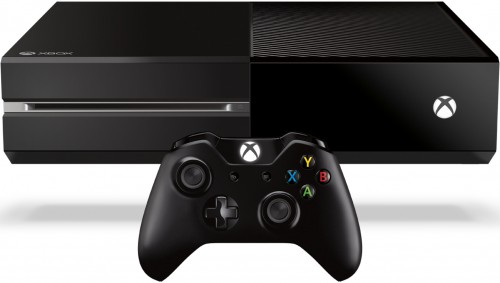 Microsoft has built a large network of cloud datacenters for Xbox One designed to offload “latency insensitive” computations from consoles. There are a lot of video game genres (i.e., first-person shooters, races) that require maximum performance and minimal lag between input and action. Those games will likely require local processing for quite a while.

While Microsoft is not excluding possibility to stream certain video games from the cloud, overall, it does not look like the software giant clearly has plans to completely get rid of local hardware.

What will be interesting to find out is how streaming of video games will affect sales of game consoles among non-core gamers. While both Microsoft Xbox and Sony PlayStation primarily address core gamers who enjoy action “latency sensitive” games, then Nintendo Wii-series addresses a lot of casual gamers and therefore is more vulnerable to competition. Fortunately for Nintendo, reliance of Wii games on motion-sensing controllers almost excludes possibility of processing them in the cloud.

KitGuru Says: Video games can always be improved with the help of more powerful hardware. For example, it is possible to add realism with the help of a more powerful graphics processor, improved central processing unit can support better artificial intelligence (AI) model and a new controller can dramatically change overall experience. The most affordable way for platform owners to improve the quality of games with new hardware is to sell the hardware to the gamer.