Mr Robot gets true ‘text’ adventure from NightSchool on mobile

Making a game about hacking is not easy, especially if you want it to go beyond a blinking terminal. NightSchool and Telltale games may have found an innovative solution for a game based on the Mr Robot TV series though, by creating a real-time, text-adventure, where you interact entirely through SMS messages.

For the unaware, Mr Robot is a show about a young digital security consultant, who finds himself wrapped up in a much larger plot to hack apart the largest corporation in the world. Players of the Mr Robot:1.51exfiltrati0n app will too find themselves a part of the grand plot, but they won’t be doing hacking of their own. 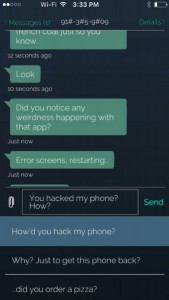 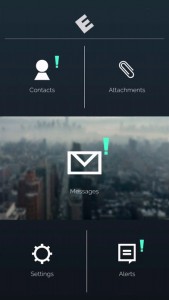 The gameplay in this title is entirely through conversational texts sent back and forth between you and various people in the world of Mr Robot. Much like many Telltale games, the options you pick will impact the story and perhaps even influence the outcome.

That should come as no surprise, as though this game is being made by Oxenfree creator, NightSchool Studios, it was written by company founder and ex-Telltale head writer, Adam Hines. He previously headed up the writing on the first season of Telltale’s The Walking Dead, The Wolf Among Us and Tales from the Borderlands.

Writing for this one was a little different of course, since the characters, setting and medium of interaction are entirely different. The story also plays out in real time, taking place over the course of a week, so you won’t be able to blitz through it all in a few hours.

Because of that there are no full reviews from people who have finished this game yet, but early impressions are strong, with good reviews on both the iOS and Play stores.

KitGuru Says: I’ve just started watching Mr Robot myself, so I’ll get through a few more episodes before giving this one a try I think, give me a bit more context for what happens.