WhatsApp, the encrypted chat service owned by Facebook, has expanded its potential user base by a huge number, by introducing desktop clients for both Mac and Windows operating systems. The platform is now available to most technological users, also offering a web-app and the (now) traditional smartphone applications.

The idea with the new client is to make it easier for people to stay in touch with friends and family, even if they don’t have access to their smartphone or the WhatsApp site. This might be ideal for those at a workplace where they can install their own software, but for others just means they can type faster than their smartphone handset. 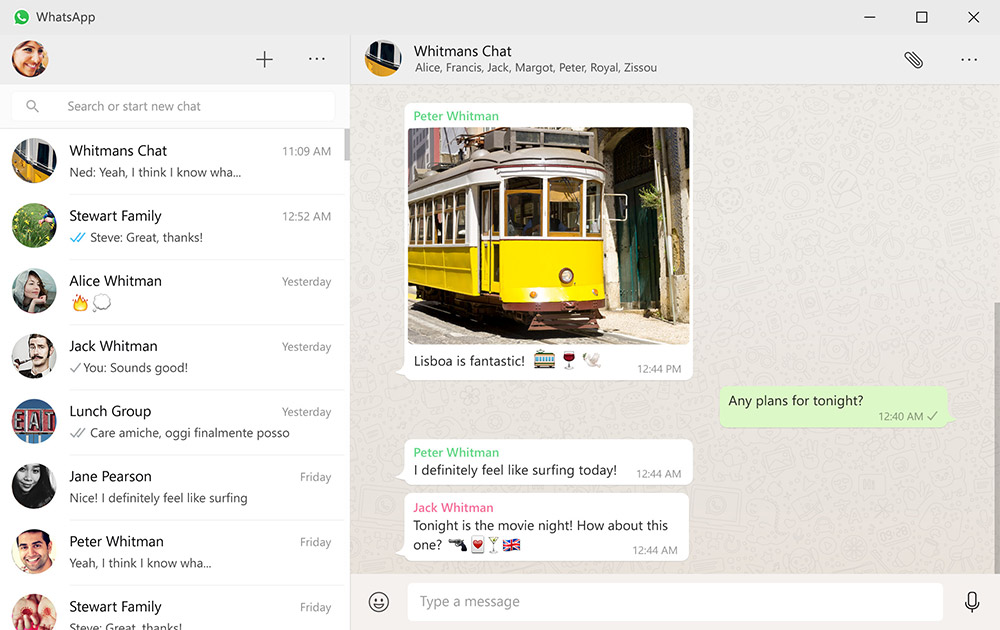 Supported operating systems begin at Windows 8 and run through to Windows 10, meaning 7 is excluded, while on Apple’s Mac OS X, 10.9 and newer are supported. Signing in to the client will give you the ability to synchronise your smartphone and desktop chats, keeping the conversation cohesive.

It seems likely that even if the client is more powerful on a PC, that smartphone users will continue to dominate WhatsApp’s user base. On top of that, this allows WhatsApp to enter a space dominated by some of its rivals, like Skype and iMessenger, potentially expanding its audience in to new fields.

KitGuru Says: Will you make use of the new WhatsApp client? Does it stand a chance of replacing your traditional PC based communication tool?