Anyone who has ever tried to use productivity tools like spreadsheets on a tablet will know just how time consuming and awkward it can be to complete even the most simple of tasks. While modern tablets have nice screens and plenty of processing horsepower, the challenge is the interface. Microsoft needs market share, which means it needs innovation from the app community, instead of developing everything itself as it has done in the past.

Appymouse is a solution to one tablet problem that might help Microsoft in the long term. I have been testing it myself and it seems to work quite well.

When working with a laptop, it is easy to plug in a mouse. Even if you don’t have a mouse, you can get around with the trackpad. It’s a little clumsy, but gives you basic mouse-like control over your applications, with left click, right click and double click options. Unfortunately, that option hasn’t been available in a sensible way on Windows tablets until now. 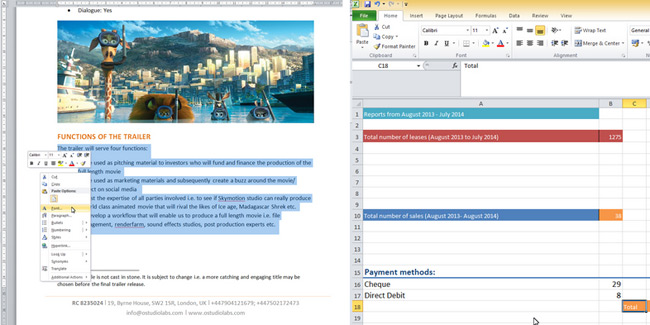 Appymouse is, presently, free of charge on Windows tablets (a Pro version is also available for 0.99c which gives you mouse pointer speed customisation) and it gives you trackpad-style control through the screen itself. Instead of your finger being the cursor, a real cursor graphic appears and touching the screen gives you control – complete with the standard click options.

All of Microsoft’s latest advertising is centred on the idea of a single interface across every device, albeit slightly modified to allow for the strong emotional response the company received to its Metro interface from desktop users. On a Windows phone, the interface works well, but to get genuine productivity from a tablet needs some thinking. Entertainment is easy, business is harder, so we expect to see more apps like Appymouse come to market in order to bridge the gap.

If you’re one of the small number of people that has invested in Microsoft tablet technology so far, then you can try Appymouse for free HERE.

KitGuru says: Having owned the computer workspace for so many years, Microsoft now finds itself playing minnow to Apple and Android’s giants. But with revenues around the $87 billion mark and 126,000 employees, there’s every chance that it will be able to innovate itself back into the game. That said, it will need to fire up the imagination (and bank accounts) of independent app developers if it really wants to mount a challenge in the mobile space.